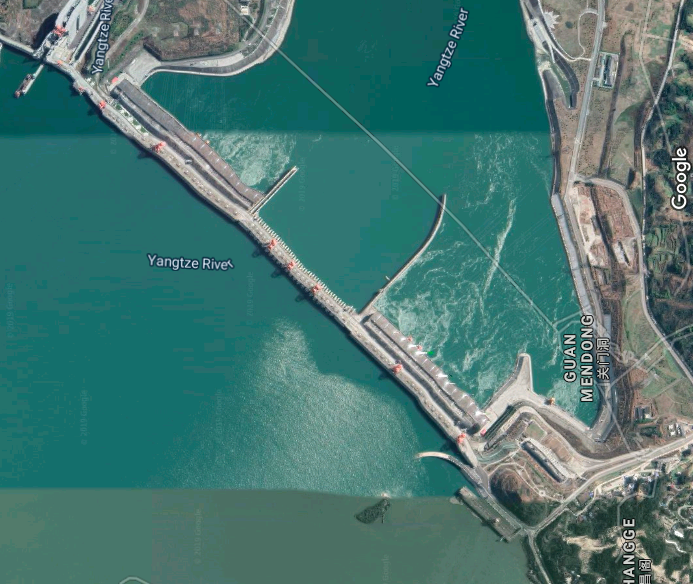 The structure of the world’s largest hydroelectric dam has changed since its completion in 2006 — but the thousands of people living downstream have no cause for concern, the dam’s builder says.

China Three Gorges Corporation made the statement after a Twitter user questioned the structural integrity of the Three Gorges Dam on the Yangtze River. Satellite photos from Google Maps showed distortions in the dam’s structure that could cause it to break, with  catastrophic effects for downstream residents, the user said. A screenshot of the post circulated on Weibo, prompting worried comments from Weibo users.

The dam’s structure has shifted just a few millimeters, due to changes in the water level, temperature, and uneven distribution of gravity, Three Gorges Corporation said.

The government response has been slightly different. On Monday, two days after the statement from the Three Gorges Corporation, the central government released its own statement saying the problem was with the satellite imaging — not the dam itself.

Google did not respond immediately to a request for comment.