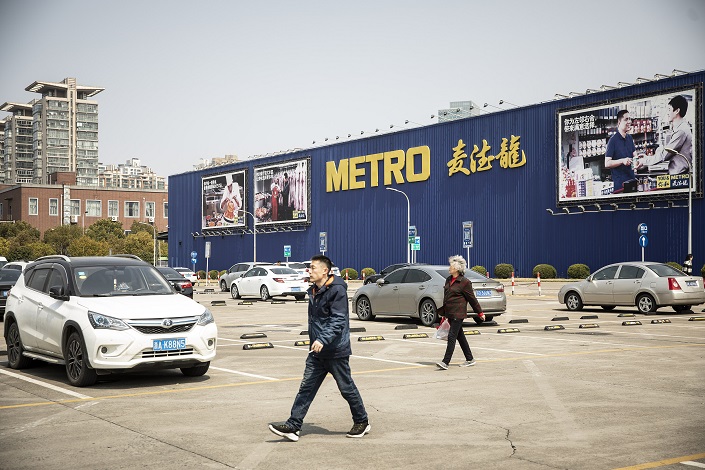 Chinese supermarket operator Wumart Stores Inc. and an investor group backed by rival Yonghui Superstores Co. are among suitors that proceeded to the final round of bidding for German food wholesaler Metro AG’s China business, people with knowledge of the matter said.

Yonghui has teamed up with Hillhouse Capital, according to the people, who asked not to be identified because the information is private. Tencent Holdings Ltd. is in talks to join their consortium, the people said. The shortlisted bidders have been invited to submit binding offers in August, they said.

A deal could value Metro’s China business at about $2 billion given the strong competition for the asset, the people said.

The German retailer joins other multinational consumer companies in rejigging its business in Asia. Anheuser-Busch InBev NV is carving out its Asia Pacific operations for a separate listing to raise as much as $9.8 billion, while French grocery retailer Carrefour SA has agreed to sell its China unit last month.

Suning Holdings Group, the parent company of Chinese electronics retailer Suning.com Co., has dropped its pursuit of the Metro China business, the people said. Suning.com agreed in June to buy an 80% stake in Carrefour’s China unit for 4.8 billion yuan ($698 million).

Metro aims to reach an agreement with a buyer as soon as September, the people said. No final decisions have been made, and there’s no certainty the talks will lead to a transaction, the people said.

“As we have stated before, we are running a process to select a potential strategic partner for our Chinese business,” Metro said in a statement, declining to comment on details of the discussions. “This process continues to progress as planned.”