China to Step Up State Asset Transfers to Pension Funds 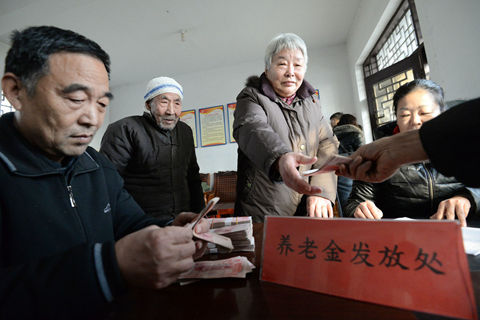 China will expand a pilot program this year to transfer government holdings in state-owned enterprises to social security funds nationwide in response to concerns about the sustainability of the pension system.

The State Council decided at an executive meeting Wednesday to fully push for the transfer of 10% of the equity in state-owned companies to the national social security fund and relevant local entities.

The move is a further implementation of a 2017 trial plan that was limited to a small number of central government-owned businesses in selected provinces.

According to the timetable set in 2017, the transfer should be completed in batches and as soon as possible after 2018. But the progress so far has been too slow, said former Finance Minister Lou Jiwei, former Deputy Commissioner of China’s State Taxation Administration Xu Shanda and Zhang Junkuo, vice president of the Development Research Center of the State Council.

Lou said in March that only five of about 600 companies have completed the equity transfers.

One reason for the slow progress in that existing state-owned shareholders were not willing to cooperate, Caixin learned.

China’s social security fund is under increasing strain as a result of a rapidly aging population and a shrinking workforce. Some provinces running deficits in their pension funds have been forced to borrow from other provinces to meet pension payments.

An April report by the Chinese Academy of Social Sciences, a central government think tank, projected that the national social security fund would be depleted by 2035.

Related: State Firms Dragging Their Feet on Measure to Head Off Pension Shortfall