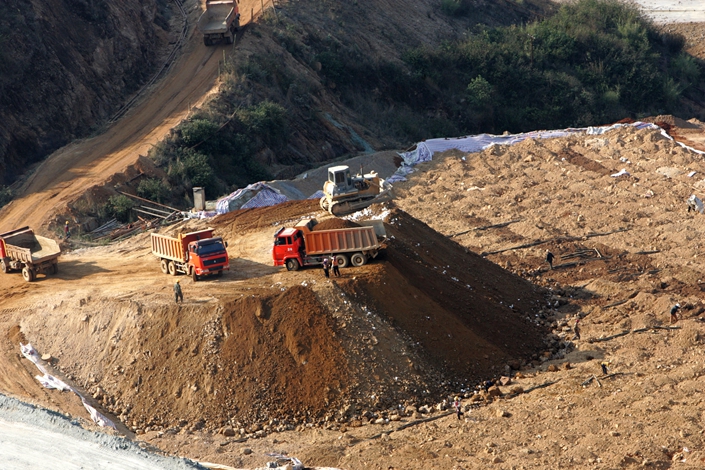 (Straits Times) — KUALA LUMPUR - Malaysia could attract investments of up to RM100 billion ($24 billion) in the rare earth sector over the next 10 years, once the government makes clear how it intends to regulate the industry.

Speaking at the Malaysia Global Business Forum on July 10, Entrepreneurial Development Minister Mohd Redzuan Md Yusof said some investors were interested in the sector but were hesitant due to conflicting news about whether rare earth processing would be welcomed in the country.

“There has been some interest to invest in this country in the downstream sector by using the products from the rare earth. So there are inquiries but they made it clear they will only put in money once rare earth is regulated,” he said.

Australian firm Lynas, which has become a crucial global supplier of the metals amid the ongoing U.S.-China trade war, has been operating an ore refining plant in Kuantan, Pahang state, since 2012.

Environmental concerns meant it had initially faced losing its license in September unless it shipped out 450,000 tons of waste material from the plant. However, in late May it was granted a reprieve by the Malaysian government and allowed to continue running while it works towards making its operations radiation-free in six years.

China controls over 70% of the world's production of rare earths and meets 80% of U.S. demand. In the face of possible supply threats, Lynas has become strategically important as the only major rare earth producer outside China, accounting for 12% of global supply.

The highly sought-after minerals are used in high-tech electronics and military applications.

Not everyone in Malaysia's administration shares Datuk Seri Redzuan's support for the industry.

Lynas has faced sustained public protest in Malaysia for years, chiefly over concerns of radiation poisoning, and more recently contamination of the local water supply.

Energy, Science, Technology, Environment and Climate Change Minister Yeo Bee Yin and Deputy Minister in the Prime Minister's Department Fuziah Salleh have maintained that licensing conditions still applied to Lynas and that it still has to ship out its waste.

In his keynote address at the forum, Redzuan said local players should help the industry by explaining to the public that the minerals are not as dangerous as claimed.

He said the government already has policies in place to ensure scheduled waste from rare earth processing was properly disposed of, to protect the public's health and the environment.

“The law is already in place. On the best practices, it is already there. We have crude oil refineries here and there are processes vetted by industry players.”

“They have to treat the waste. When treating crude oil, there's a lot of toxic sludge and that is treated accordingly to best practices. So any investor who wants to participate in this industry must tell us how they will treat the waste.

“We have our own engineering practices to make sure that the waste treatment facility is constructed in accordance to best practices. This is done everywhere else in the world,” said Redzuan.

The minister recounted how an American investor recently told him that Malaysia is strategically poised to take advantage of the U.S.-China trade war, by providing rare earth products to the West.

“If we continue to champion rare earths, more will come,” he said.

He urged small and medium-sized enterprises to learn more about rare earths and train workers to handle the radioactive material. He said his ministry hopes for more investments in rare earth processing to increase the country's exports and pad up its finances.

“The Malaysian government would like to see more investment in this sector ... which in turn will create more jobs for young Malaysians,” said Redzuan.

This story was originally published by the Straits Times.