Could Huawei Roll Out Its Own Smart TV Soon? 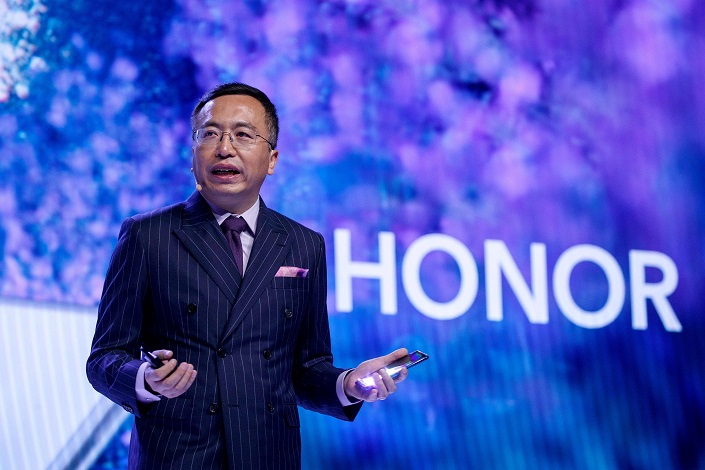 A recent photo posted by the president of Huawei smartphone brand Honor is fueling speculation that the company might unveil its own internet-connected TV soon.

On Wednesday, Honor head Zhao Ming uploaded a photo of his office to his Weibo. Though Zhao said in the caption that he simply wanted to show his work environment, Weibo users noticed that Zhao had blurred out a TV-like device in the background of the photo, which he also covered with a dog emoji.

When Weibo user “Ziqiudao” asked whether the device was an Honor TV, Zhao replied with the same emoji. Huawei has yet to offer any official comment.

Zhao’s Weibo post prompted renewed speculation on Huawei's reported TV plans. In January, sources told Caixin Huawei expected to release smart TVs in the second quarter of the year, very likely under the Honor brand. In addition to phones, the 5G giant is already selling personal computers and smart speakers, which could be integrated with a new TV business.

During an interview earlier this year, Zhao told reporters Huawei will not enter the “traditional TV sector,” neither denying nor admitting any smart TV ambitions.