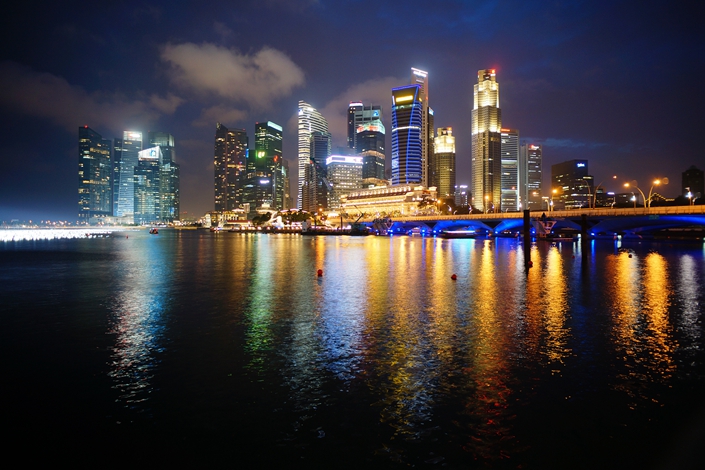 (The Straits Times) — Singapore's economy performed worse than expected in the second quarter, slowing again after hitting its lowest rate since the global financial crisis in the first three months of this year.

Flash estimates by the Ministry of Trade and Industry (MTI) pegged Singapore's economic growth at 0.1% in the second quarter this year, much below analysts' expectations of 1.1% according to a Bloomberg forecast.

This is the lowest growth since the economy contracted by 1.2% in the second quarter of 2009 in the wake of the global financial crisis.

It is also a far cry from the revised 1.1% growth in the previous quarter and marks the sixth straight quarter of easing.

On a quarter-on-quarter seasonally-adjusted annualized basis, the economy shrank by 3.4%, after posting growth of 3.8% in the preceding three months.

Economists said the latest figures showed weakness across key sectors, with all contracting from the first quarter of the year.

Manufacturing shrank 6% from the previous quarter, while construction contracted by 7.6% and services, by 1.5%.

Both construction and services had reversed their previous quarter-on-quarter growth.

Selena Ling, head of treasury research and strategy at OCBC Bank, told The Straits Times: “It does look like the risk of a technical recession is growing by the day.”

A technical recession is defined by two consecutive quarters of slowdown.

“It’s not just a manufacturing story, which we know can evolve quite rapidly with United States President Donald Trump’s tweets,” she said.

But she added “we are not that hopeful on trade either,” noting that President Trump tweeted overnight on how China was letting the U.S. down by not buying the agricultural products that they said they would.

An area of concern is how the latest slowdown could hit the labor market, said Ling.

There is an “emerging softening” in services, suggesting consumer confidence may be dented and people are tightening their purse strings.

While Maybank Kim Eng Research warned earlier that the country’s economy will likely experience a “shallow technical recession” in the third quarter with a worsening of the global trade outlook, Maybank economist Chua Hak Bin said the latest figures suggest “the risk has shifted towards a deeper (technical) recession.”

He added that a new lower range of 0.5% to 1.5% for full-year growth is looking more probable, adding that MTI will likely further downgrade its forecast.

In the case of a deeper technical recession, he added, employment growth will likely slow further and retrenchments in manufacturing and trade-related services will likely worsen.

Lackluster performance by the manufacturing sector dragged growth in the second quarter, even as construction continued its recovery and services grew compared to a year ago.

“The contraction was due to output declines in the electronics and precision engineering clusters, which more than offset output expansions in the rest of the manufacturing clusters,” it said.

Manufacturing took a larger hit than expected, and Chua flagged further risks such as the broadening of the U.S.-China trade war to export controls, which threatens to worsen disruption to supply chains.

“Unless there is a quick resolution to the trade war, manufacturing will likely continue to contract in the third quarter,” he said.

Construction grew by 2.2%, extending its 2.7% growth previously, supported by an increase in public sector construction activities.

The services producing industries expanded by 1.2% year-on-year, unchanged from the previous quarter, helped by the finance & insurance, “other services industries” and information & communications sectors.

In spite of the gloomy figures, DBS senior economist Irvin Seah, pointed out that "advance figures tend to get revised up" for quarter-on-quarter growth, and the forecast on services is generally more conservative.

"With such a deep drop in the second quarter, chance of a positive sequential growth in the third quarter will be higher too," he said.