ZTE Seeks to Cash Out of Shenzhen Property Project 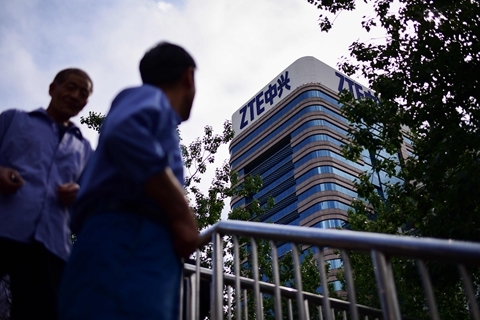 Chinese telecom-equipment maker ZTE Corp. is seeking to cash out of its property assets to address a liquidity crisis after a $1.4 billion fine imposed last year by the U.S.

ZTE said Thursday night that it signed a supplemental agreement with property developer China Vanke Co. Ltd. in relation to the Shenzhen Bay Super Headquarters Base project. ZTE acquired the land use rights for 3.54 billion yuan ($510 million) in 2017.

The supplemental agreement expanded a previous deal reached last year under which Vanke will develop the land into a commercial complex of buildings for the office premises of ZTE and cultural facilities.

According to the terms of the land acquisition, most of the land is not transferable. Through the supplemental agreement, ZTE granted Vanke more operational rights and Vanke agreed to bear all the costs for the development and construction.

As of Thursday, Vanke had paid ZTE a total of 3.54 billion yuan, meaning ZTE has recovered the cost of the land acquisition. Vanke is also scheduled to pay an additional 1.8 billion yuan to ZTE by 2023.

The supplemental agreement will also enable ZTE to gain earnings from the project two years earlier than under the original agreement.