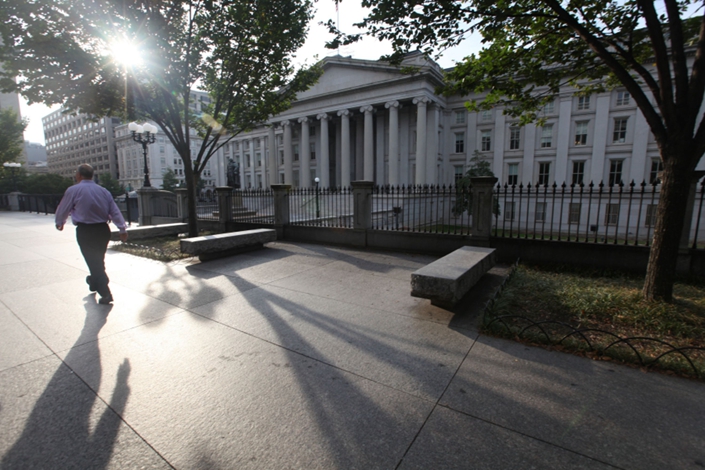 (Bloomberg) — China’s holdings of U.S. Treasurys dipped in May to the lowest in two years amid an escalation of the trade war between the world’s two largest economies.

The Asian nation’s pile of notes, bills and bonds fell by $2.8 billion to $1.11 trillion, according to Treasury Department data released Tuesday in Washington. It was the third straight month of declines and left the nation’s holdings the smallest since May 2017.

China remained the U.S.’ biggest foreign creditor. Japan was next, with $1.1 trillion, up by $37 billion from a month earlier, which was the biggest gain since 2013. The $9.2 billion gap between the two nations’ holdings was also the smallest since Japan was last the largest U.S. foreign creditor two years ago.

Overall, U.S. Treasury holdings by foreigners hit a new high, rising to $6.54 trillion. The previous record of $6.47 trillion was hit in March.

U.S.-China trade tensions have cooled since May, when negotiations collapsed and the Trump administration more than doubled punitive duties on $200 billion of Chinese goods. The two sides have since agreed to restart talks and hold off on new tariffs to allow more time for a negotiated solution to end their year-long trade war.

The worsening U.S.-China trade tensions saw the offshore yuan plunge roughly 2.9% in May. The fallout drove the exchange rate back towards the closely watched level of 7 per dollar, a level not seen since the financial crisis.