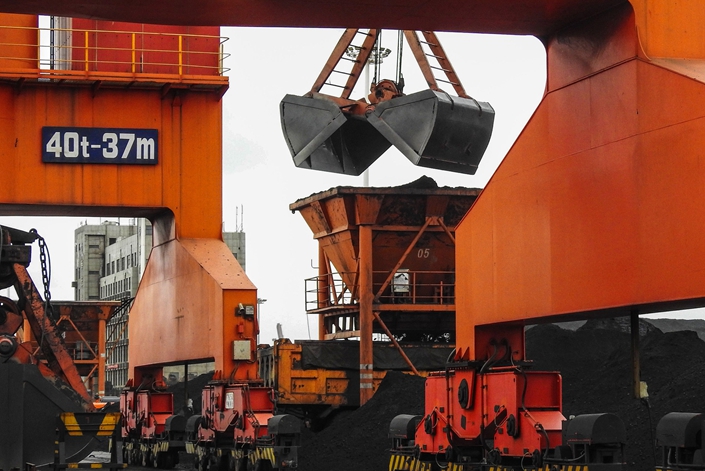 Thermal coal futures on the mainland have slipped 4% this month. Photo: Bloomberg

(Bloomberg) — China will tighten its grip on coal imports in the second half and keep full-year shipments at similar levels as 2018, according to an executive from the national industry group.

The latest customs clearance halt at some mainland ports is because imports have exceeded quotas in the first six months, said Su Chuanrong, executive director-general of the China National Coal Association. Overseas purchases are also set to weaken because domestic demand has faltered, Su said Thursday.

The association’s outlook chimes with a chorus of predictions including from trading house Noble Resources International Pte that China’s coal imports are bound to slump in the second half. Inbound cargoes have gained 6% on-year in the first six months despite curbs in place. In the latest sign of a clampdown, the port of Caofeidian, in North China’s Hebei province, has decided to suspend clearance of coal for traders as regulators seek to cap annual imports.

“Demand isn’t booming as it’s supposed to,” Su said in an interview. The current period tends to be a key consumption season as households and businesses crank up air conditioning use, but cooler temperatures have cut demand for cooling, she added.

Thermal coal futures on the mainland have slipped 4% this month. Daiwa Capital Markets said earlier this week that recent heavy rainfalls in southern China could lead to higher hydropower output, which squeezes coal-fired generation, while lower temperatures may hurt power consumption as well.