Update: High-Tech Trading Board Soars on Day One 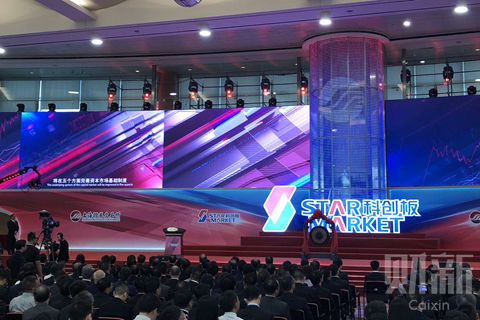 China's new NASDAQ-style high-tech trading board blasted off with a bang on Monday, with all 25 stocks currently listed on the board rising from their IPO price in morning trading despite several slumping from a high opening price.

Stocks on the new board rose by an average of nearly 160% from their IPO prices in morning trading. Anji Microelectronics Technology (Shanghai) Co. performed best, ending morning trading up over 400% from its IPO price after paring gains of over 520%.

Only three of the 25 stocks didn't hit a circuit breaker causing trading to be automatically suspended for 10 minutes, with 14 being paused due to a rise of 30% from their opening price and eight being paused after falling 30%. Analysts had expected high volatility amid looser trading rules and massive demand for the newly listed stocks.

Unlike China's other boards, the so called STAR high-tech board has no daily trading limits in place for the first five days of trading. The trading suspension mechanism is intended to allow the market to cool off and reduce irrational speculation, according to the securities regulator.

The new board is the first in China to trial an IPO system based on registration rather than regulatory approval. The aim of the change is to let investors and the market decide on the price, the practice followed in other countries, rather than the regulators.