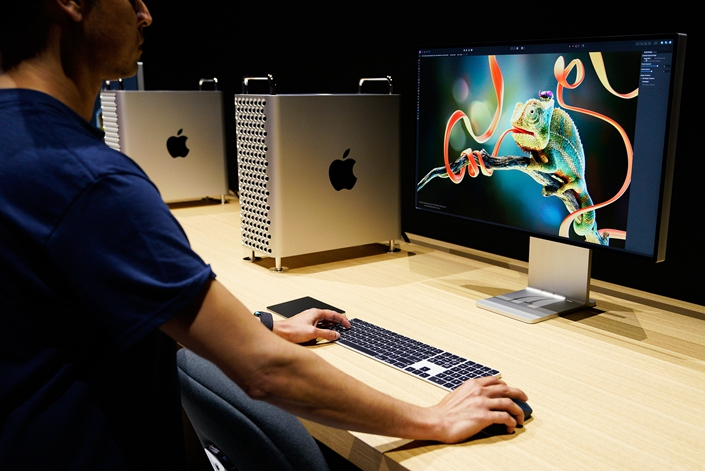 (Bloomberg) — Apple Inc. has asked the Trump administration to exclude components that make up the forthcoming Mac Pro high-end desktop computer from import tariffs, weeks after planning to re-locate production of the line to China from Texas.

The Cupertino, California-based technology giant is seeking relief from duties of 25% on key Mac Pro parts and accessories that go with it, ranging from the stainless steel and aluminum frame, power supplies, internal cables and circuit boards, and its optional wheels, according to filings posted by the Office of the U.S. Trade Representative. The documents don’t specifically mention the Mac Pro, but the features and dimensions listed by Apple in the filing closely resemble the planned computer.

The exclusion requests from the iPhone-maker were posted July 18 and are now subject to a public comment period before they’re reviewed. Some Apple products have been spared from tariffs in the past, including the Apple Watch and AirPods. Apple declined to comment on the filing.

U.S. President Donald Trump has promised relief if companies can show that parts or products can only be obtained in China, aren’t “strategically important” to Chinese industrial programs, or that the duties would cause “severe economic harm.” Trump has tweeted that companies won’t face a tariff if they make their goods “at home in the USA.”

The new Mac Pro will be manufactured in China, a person familiar with the company’s plans said last month, shifting production of what had been Apple’s only major device assembled in the U.S. The previous design had been built in Texas since 2013. The new model was announced in June and will go on sale later this year, starting at $5999. Apple said last month that “final assembly is only one part of the manufacturing process.”

Apple is also seeking duty exclusions on its Magic Mouse and Magic Trackpad, complementary devices for operating the computer, as well as an accompanying USB cable for charging external mobile devices.

Trump slapped tariffs on $250 billion in Chinese goods last year in response to a trade deficit and allegations of intellectual property theft and unfair trade practices as the world’s two largest economies seek to negotiate a sweeping trade deal.

Trump had threatened tariffs on an additional $300 billion in Chinese imports in May in response to what he said was Beijing’s reneging on agreed provisions. But he put them on hold after meeting with Chinese President Xi Jinping in June in Japan to restart negotiations.