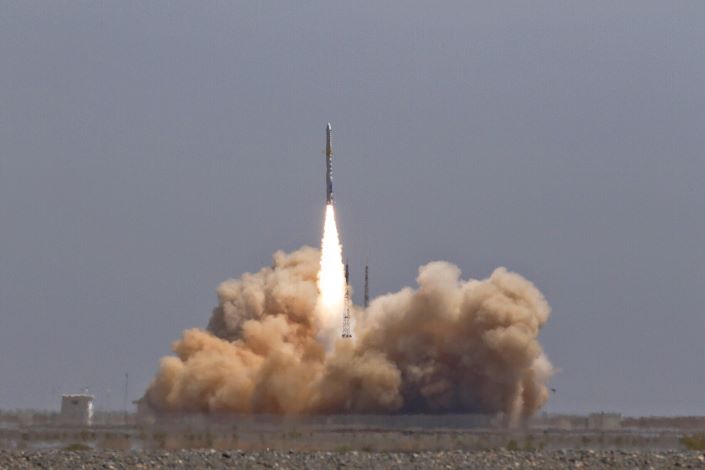 Interstellar Glory Space Technology has become the first private Chinese space company to successfully launch a rocket into orbit, marking an important milestone in the development of the country’s commercial space industry.

The launch took place at 1 p.m. Beijing time from the state-operated Jiuquan Satellite Launch Center in northwestern China’s Gansu province, according to a company press release.

China’s private space companies have been vying for several months to launch a rocket into orbit, but iSpace has finally succeeded where two of its competitors have faltered. Launches by LandSpace and OneSpace in October and March, respectively, both failed, triggering concern about the health of the country’s private space industry.

“The complete success of this launch has opened a new chapter in China’s private commercial spaceflight,” Interstellar Glory, also known as iSpace, said.

The spacecraft, the Hyperbola-1 carrier rocket, is transporting two satellites belonging respectively to the Beijing Institute of Technology and Casicspace, a company affiliated to the China Aerospace Science and Industry Corp., a state-owned aerospace equipment maker.

At 20 meters long and weighing 34 tons, Hyperbola-1 is capable of transporting a payload of 300 kilograms into low Earth orbit, according to the company’s website.