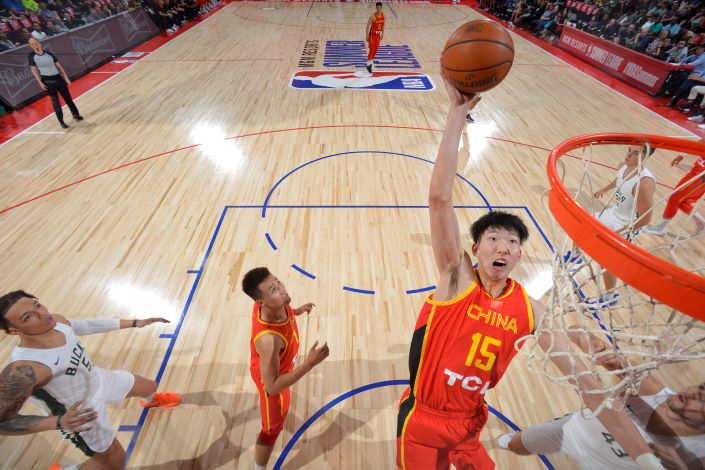 Tencent and the U.S. National Basketball Association (NBA) announced Monday that they are extending their current partnership — which includes live broadcasts, NBA-related programming, and fan experiences — until 2025.

The tie-up will seek to further integrate the Chinese internet giant’s social networking prowess with the country’s love for American basketball. Tencent’s digital platforms, which include ubiquitous social messaging app WeChat, are a “driving force” behind basketball’s growth in China, NBA commissioner Adam Silver said in the announcement.

Neither Tencent nor the NBA disclosed the price of the new deal, but it is expected to exceed the $500 million Tencent agreed to pay for the 2015-2020 tie-up — itself more than three times the price the NBA charged for the previous five-season agreement.

A source close to the negotiations told Caixin that e-commerce behemoth Alibaba and state-owned network operator China Mobile’s video platform Migu had both approached the NBA about a potential deal, but the NBA rejected both deals.