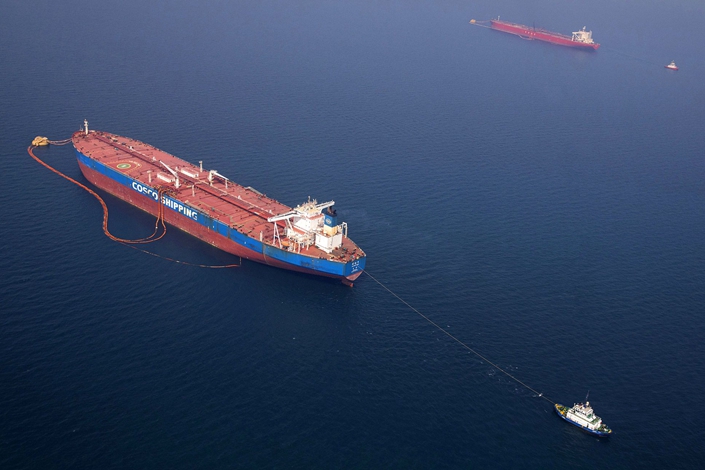 (Bloomberg) — China has tapped Saudi Arabia for a record volume of crude oil as the world’s biggest exporter plugs a shortage from sanctions-hit Iran.

Asia’s biggest buyer shipped 7.72 million metric tons of crude, or 1.89 million barrels a day, from Saudi Arabia last month, according to data from China’s General Administration of Customs. Shipments from the OPEC producer made up almost a fifth of its total oil purchases in June and were 64% higher than the previous month. Imports from Iran fell to the lowest since May 2010.

Saudi Arabia has pledged to ensure that adequate supplies are available to consumers after the U.S. ended waivers for Iranian crude at the start of May, even as the top producer in the Organization of Petroleum Exporting Countries seeks to curb output to buoy prices. Imports from the kingdom accounted for 19.5% of China’s total purchases in June, the highest ratio since 2013.

Saudi Arabia is “filling the supply gap left by Iran,” said Li Li, analyst with Shanghai-based commodities researcher ICIS-China. They have “been trying to reclaim the No. 1 spot in oil supply to China for the past few months now.”

While other suppliers help to plug the Iran gap, China’s imports from Saudi Arabia are set to continue at a robust pace. At least one Chinese customer got additional contractual oil from Saudi Arabian Oil Co. for loading in July on top of its normal volumes, Bloomberg News reported last month, citing people with knowledge of the matter. At least five other buyers got what they requested.