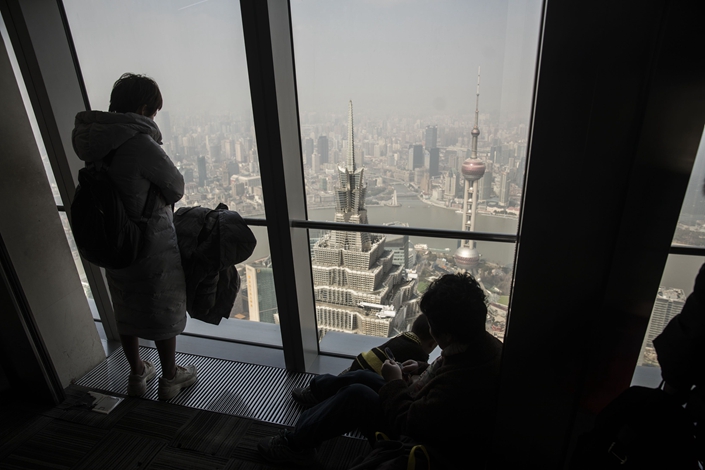 More than half of companies expect earnings to improve. Photo: Bloomberg

(Bloomberg) — For anyone checking the health of China’s economy, corporate earnings are providing the latest bad news.

Of the more than 1,600 firms to give first-half guidance, 40% have predicted a drop in earnings from a year earlier, according to data compiled by Bloomberg. That’s the most since 2016 in terms of companies reporting smaller profits, deeper losses or swings into loss.

Chongqing Changan Automobile Co. expects to swing to a loss of as much as 2.6 billion yuan ($378 million) on declining sales. Shenyang Machine Tool Co. blamed China-U.S. trade tensions for an expected 1.5 billion yuan first-half loss after reporting a profit a year earlier. Shares of Dong-E-E-Jiao Co., a maker of traditional Chinese medicine, had their biggest two-day drop since 2015 after preliminary earnings showed a 79% slide in the first half.

The profit warnings indicate pain is spreading across the economy after domestic output expanded at the slowest pace on record in the second quarter. A gauge of China’s factory activity has shown a contraction in every month but two this year, although data Wednesday showed a slight improvement in July from the previous month. The Shanghai Composite Index retreated 0.7% at the close.

While more than half of companies expect earnings to improve, the warnings follow a flood of alerts issued earlier this year on 2018 profits. Consumer discretionary and media companies are poised to suffer the most with combined profits in the two sectors plunging at least 38% from a year earlier.

“The sluggish broader economy has left many firms in a bad state, and they are unable to reverse the situation at the moment,” said Sun Jianbo, president of China Vision Capital Management Co.

The worst may be yet to come as the deadline for Chinese companies to report their earnings for the first six months approaches in August. Firms that give guidance early in the season tend to have relatively better figures than those releasing later, Pacific Securities Co. said in a note earlier this month.

High-flying stocks also face bigger risks if they disappoint. Kweichow Moutai Co., which has risen 65% in 2019, took a hit after its second-quarter income was seen missing expectations. “Earnings will remain the key concern in the coming months,” said Chen Li, chief economist with Soochow Securities Co. “Any slight miss could trigger a big correction in shares, especially those with decent gains this year.”