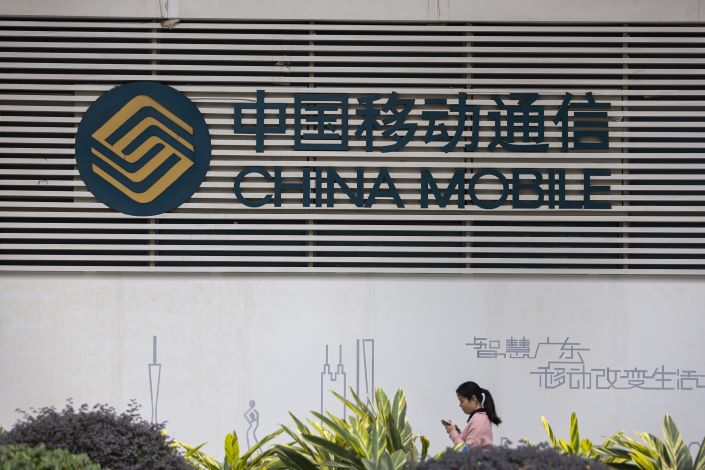 Tell us something we didn’t know.

That’s the message coming from investors in China Mobile, which on Thursday reported its latest results showing stagnating revenue and sagging profits. The flattening revenues are due mostly to saturation in China’s mobile market, which is the world’s largest but not growing particularly fast. Sagging profits are partly due to heavy spending on expensive new 5G networks — a recent top priority for Beijing.

China Mobile’s shares closed pretty much flat in afternoon trade in Hong Kong after the results came out, indicating investors were neither particularly excited nor overly worried by what they saw.

The company’s revenue totaled 204.4 billion yuan ($29 billion) for the quarter, down a slight 0.9% from a year earlier, according to figures calculated by Caixin based on the company’s interim results announcement. Profit was far worse, dropping 18.8% to 32.4 billion yuan.

China Mobile was quite blunt in its assessment of the year so far.“In the first half of 2019, we witnessed ever-intensifying competition within the telecommunications industry and from cross-sector players,” it said. “When this is combined with the continued implementation of the national policy on ‘speed upgrade and tariff reduction,’ the operating environment has become more complex and is full of uncertainty.”

Jefferies analyst Edison Lee pointed out that things could have been worse: “There is NO mention of an increase in 2019 capex guidance, likely taming a big concern,” he wrote in a note after the results came out, referring to recent heavy spending by China’s big three telcos on 5G.