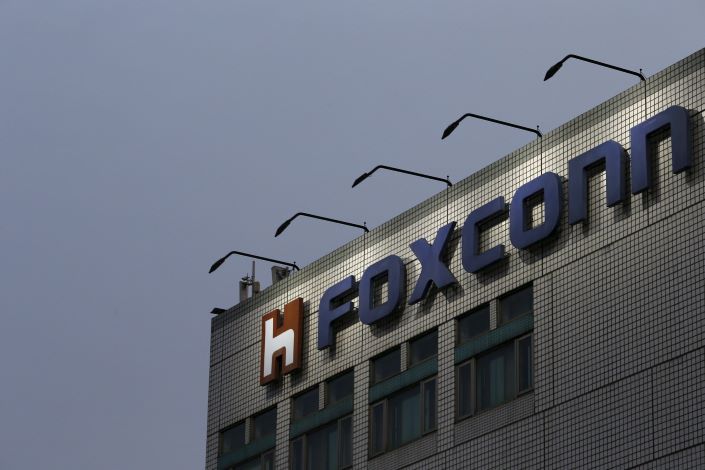 It’s the second time the Taiwanese company, which assembles many of the world’s most popular gadgets, has come under scrutiny for its treatment of workers at its plant in the central city of Hengyang. China Labor Watch last year criticized the facility, which produces Echo speakers and Kindle e-readers for Amazon, for relying on temporary workers — including high school interns — and overtime beyond limits set by law.

Wages, which the labor group deemed last year too low to support a “decent standard of living,” were slashed by another 16% in 2019, the New York-based group said on Thursday, citing documents it obtained.

That salary hasn’t been enough to draw enough full-time workers to the factory, which requires more than 7,000 people to operate its 58 assembly lines during the peak production period which begins in July. To fill the gap, Foxconn relied heavily on interns as young as 16 from vocational schools, some of whom were forced to work overtime, according to China Labor Watch.

Foxconn said it recently conducted a review of its Hengyang facility and determined that the proportion of contract workers and student interns had on occasion exceeded legal thresholds, and that some interns had been allowed to work overtime or nights. “We were not in full compliance with all relevant laws and regulation,” the company said in an emailed statement Thursday.

“Effective immediately, the percentage of interns assigned to that facility will be brought into full compliance with the relevant labor law,” Foxconn said, adding it will also take immediate steps to ensure interns will no longer work overtime or nights.

Foxconn, which billionaire Terry Gou built into the world’s main assembler of iPhones, has grappled for years with allegations about mistreatment of a workforce estimated at a million-plus and drawn from China’s vast population of migrant laborers. In 2010, a rash of suicides prompted intense criticism, after which Foxconn pledged to overhaul its systems.