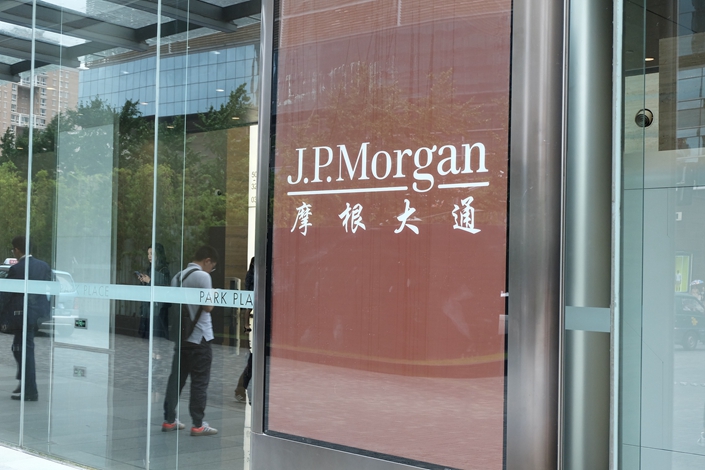 (Bloomberg) — Chinese stocks might be about to face more headwinds.

Estimated EPS growth on the MSCI China Index for 2019 will be 6% from 8% and in 2020 9% from 10%, Goldman strategists led by Kinger Lau wrote in a note Saturday. That’s as market-implied probability of a trade resolution falls to 12% and Goldman’s economists no longer expect a trade deal before the 2020 U.S. presidential election. They have a 12-month target of 82 for the index, to September 2020, implying a gain of 12% through then.

JPMorgan cites flows as a reason to be bearish.

Positioning measures including margin transactions suggest that leveraged institutional investors, such as hedge funds, rather than retail, are more likely to have been responsible for this year’s rally in Chinese onshore equities, strategists led by Nikolaos Panigirtzoglou wrote in a note Friday. There has been a sharp increase in net long positions by futures investors this year, according to the strategists.

Chinese stocks enjoyed a heady rise at the beginning of the year, with the MSCI China gauge rallying 23% from the start of 2019 through early April as fears about an economic downturn subsided and the People’s Bank of China loosened some policy measures.

The index, which has large- and mid-cap stocks and covers about 85% of the Chinese equity universe according to MSCI, has fallen 16% in the past four months as concerns about trade and earnings have come back to the fore. It’s now up 2.8% in 2019, compared with a 16% gain for the S&P 500 Index and a 12% advance for the MSCI All-Country World Index.

While China’s equities are likely overbought, the yuan appears to be oversold, JPMorgan said, citing a steady rise in long dollar/short yuan positions since mid-2018. The strategists also noted that Chinese onshore bonds should benefit from increased expectations of rate cuts by the People’s Bank of China in an escalation scenario.

“FX investors have been preparing for a Chinese currency depreciation for some time,” the strategists said. “So from an investor positioning perspective, Chinese onshore equities look more vulnerable than the Chinese currency if the U.S.-China trade war escalates further from here.”