By Angus Grigg and Angela Macdonald-Smith 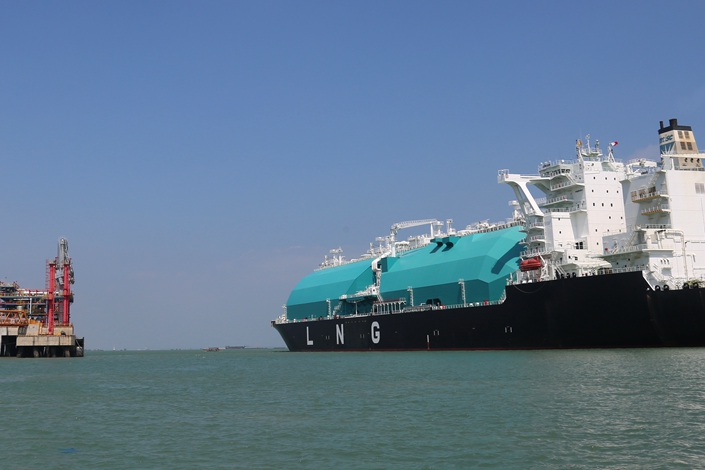 (AFR) — China is increasingly reliant on Australian energy and mineral exports as the trade war with the United States rumbles on, crimping Beijing's ability to penalize Canberra for its tougher stance on national security issues.

New figures released on Wednesday show Australia supplied 46% of China's liquid natural gas (LNG) imports in the year to June, more than any other country and up from the previous year, just as demand for Australian iron ore has spiked.

Australia supplied a record 74% of China's imported iron ore in June, according to trade figures, almost double the monthly average from 10 years ago.

As the world's largest manufacturer and second biggest economy, China is also reliant on Australian coal and uranium to keep the lights on and its factories running, as the Communist Party seeks to maintain two decades of rising prosperity.

“China is in some respects more dependent on us than we are on them,” said Ross Babbage, a former analyst at Australia's Office of National Assessments, the nation's peak intelligence agency.

“This is one of the reasons why the leadership in Beijing is cautious about pushing Australia too hard.”

Despite a gradual slide in the bilateral relationship over the last five years China has not punished Australia in any meaningful economic way for banning Huawei, enacting foreign interference legislation or for Canberra's push-back against Beijing's growing strategic ambitions.

Australian coking coal, used in steelmaking, supplied 40% of China's imports in the first half of this year, second only to neighboring Mongolia.

Japan was the largest buyer of Australian LNG accounting for 39% of exports.

The U.S., the fastest growing LNG exporter, was expected to emerge as a major supplier to China but that “has not eventuated due to current trade tensions,” Adelaide-based EnergyQuest said.

China increased tariffs on U.S. LNG from 10% to 25% in June, after initially levying the imposts last September as trade tensions with Washington worsened.

“Australia has accounted for the majority of the increase in China’s imports since it imposed tariffs on US LNG in September 2018," the Australian federal government said in its most recent Resources and Energy Quarterly.

This gives China a significant interest in how gas shortages on Australia's east coast will be handled. It would be the main casualty should the federal government tighten its LNG export policy.

“With Australia’s relations with China at a low ebb, any moves by the federal government to introduce domestic gas reservation will have to be handled with great sensitivity,” EnergyQuest noted.

PetroChina is also a key player in a decision whether to proceed with the $10 billion development of the Arrow gas resource in Queensland, which the Australian government is counting on to boost domestic gas supplies and lower local prices.

At the same time as Beijing is increasingly looking towards Australia for its growing gas needs, it has become more reliant than ever on iron ore from the Pilbara region of Western Australia.

Over the last year Australia has supplied 64% of China's iron ore needs, up from 50% just five years ago. This spike is partly due to supply disruptions in Brazil but is still well up on figures of around 40% at the height of the so-called “iron ore wars” in 2009 when Chinese leaders worried publicly about being too reliant on Australia.

Tim Murray, the managing partner at J Capital Research, said even as China's demand for iron ore moderates it will still be dependent on low-cost producers like Australia and Brazil.

“China cannot radically change its economic model. It will remain reliant on construction-led growth and therefore reliant on Australian iron ore and coking coal,” he said.