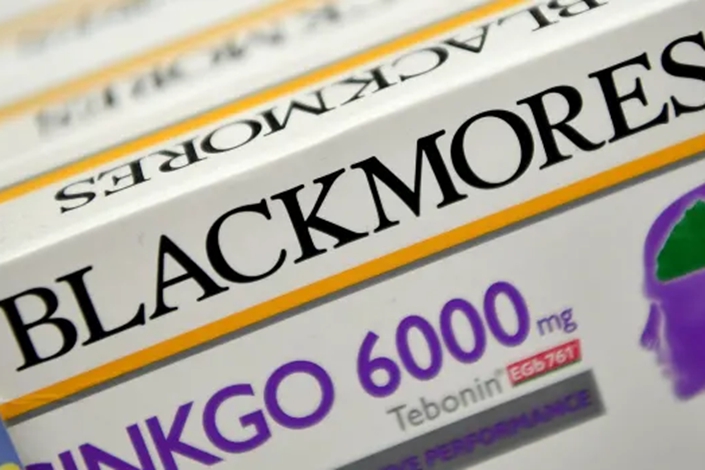 China was a pot of gold for Blackmores in the heyday of 2015 and 2016 when its share price soared to a record high. Photo: AFR

(AFR) — Vitamins group Blackmores Ltd. estimates that about 40% of its “daigou” trade, which fueled a golden period of booming sales to China from 2015 to 2016, has now vanished.

The one-time sharemarket darling had its share price crunched by almost 15% on Thursday to A$70.90 ($48.18), its lowest in more than four years.

An army of small entrepreneurs who previously bought up large volumes of vitamins from Australian retailers such as Chemist Warehouse have exited the industry because of tougher regulations in China that came into force in January, Blackmores chief financial officer Aaron Canning said on Thursday.

But Canning said larger daigou traders with more well-established businesses had picked up some of that business, but the paperwork for smaller players had become too onerous.

“A lot of the smaller guys left and said this is all too hard,” Canning said.

Blackmores warned that a profit slump triggered by difficulties in the China market would continue into the December half, as the group slashed its final dividend by more than half.

Canning said Blackmores had another six months of tough times before the China market stabilized and began to improve for the company. The firm has also been steadily implementing price rises for many of its products, after a jump in the price of raw materials such as glucosamine and fish oil. “This is not something we’ve done overnight,” he said.

The company’s head of China, Sophia Tseng, departed from her role in July to return to family in Taiwan after just a few months in the job. Citi analyst Sam Teeger said there had been “weak execution” in China by Blackmores, and her unexpected departure had potentially exacerbated the situation.

China was a pot of gold for Blackmores in the heyday of 2015 and 2016 when its share price soared to a record A$220 as unprecedented demand from Chinese consumers fueled an annual profit of A$100 million.

But three years on, the Australian company’s 2018-19 net profit after tax is now just over half of that.

Blackmores has been without a permanent chief executive for several months, with 23% shareholder Marcus Blackmore stepping in to the breach after the departure in late February of former chief executive Richard Henfrey following a profit dive.

Alistair Symington, an executive with global cosmetics group Coty, which owns brands including Max Factor and Cover Girl, was named as the new Blackmores chief executive in early July, and is now scheduled to take up the role on Sept. 16, two weeks earlier than originally planned.

Blackmores said sales in the China segment comprising key export accounts and in-country sales slipped by 15% to A$122 million.