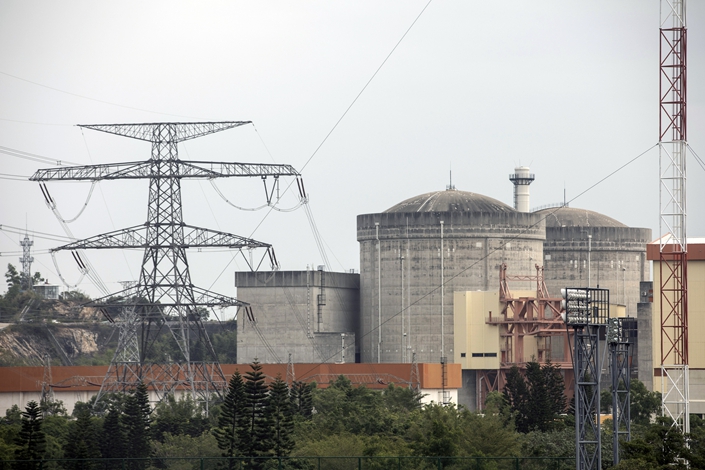 (Bloomberg) — The U.S. added four Chinese nuclear entities to a trade blacklist, accusing them of helping to acquire advanced U.S. technology for military use in China.

In October last year, the Trump administration also announced that it was imposing further restrictions on exports of nuclear-related U.S. technology to China to “prevent China’s illegal diversion of U.S. civil nuclear technology for military or other unauthorized purposes.”

The move follows a similar block against telecommunications giant Huawei Technologies Co. Ltd., as well as five Chinese tech companies involved in the country’s super-computing efforts, that have aggravated the yearlong trade war between China and the U.S. The sides are set to resume face-to-face talks in early September.

The notice on Wednesday added 17 entities to a trade blacklist, including groups located in Armenia, Belgium, Canada, Georgia, Hong Kong, Malaysia, Netherlands, Russia, the United Arab Emirates and the U.K. All of them are being put on the list for “acting contrary to the national security or foreign policy interests of the United States,” it said.

The blacklisting designation bars American companies from doing business with the entities unless they are given special U.S. government approval.

The Chinese nuclear firms “engaged in or enabled efforts to acquire advanced U.S. nuclear technology and material for diversion to military uses in China,” according to the notice.

A call to China’s embassy in Washington outside regular business hours, as well as a fax to the foreign ministry in Beijing, went unanswered. An official for CGNPC in Beijing said that the company is aware of the news and the impact on its development would be “controllable.”

The Justice Department won a guilty plea in 2017 from an engineer charged with illegally helping China General Nuclear Power procure technology in the U.S., including for the design of so-called Small Modular Reactors, which can have military applications. In 2014, the U.S. accused five Chinese military officials with stealing trade secrets, including nuclear reactor technology from Westinghouse Electric Co. Ltd.

China General Nuclear is also a key partner in the U.K., working with France’s Electricite de France SA to build the nearly 20 billion pound ($24 billion) Hinkley Point C project. In 2016, Prime Minister Theresa May delayed a final decision on the development amid speculation that it would give Beijing access to the nation’s power system.