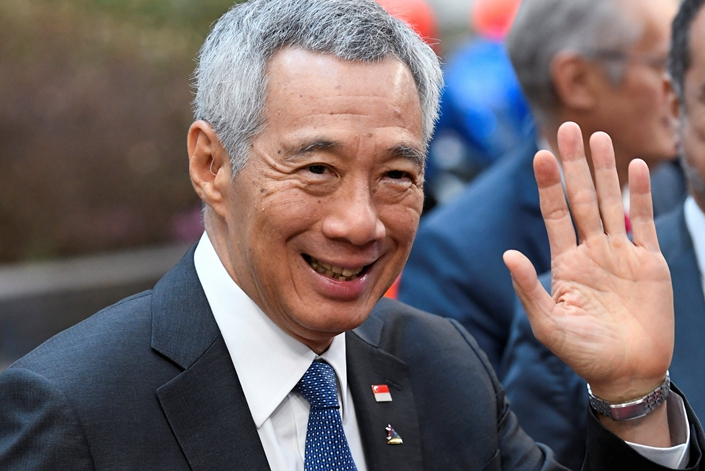 (The Straits Times) — Singapore is a multicultural, independent and sovereign country with its own position on issues, said Singaporean Prime Minister Lee Hsien Loong, as he set out the implications that United States-China tensions have on the country’s relations with both powers.

He stressed on Sunday that Singaporeans must fully understand the country’s national interests and the government’s considerations in adopting its foreign policy positions.

“We must always be principled in our approach, and not swayed by emotions,” Lee said in his Mandarin speech at the National Day Rally. “When we can agree with either major power, we will do so. When we cannot, we must maintain and explain our stand.”

Apart from China, Singapore is the only sovereign country with an ethnic Chinese majority population, Lee noted.

Being a Chinese-majority country can put Singapore in a difficult position on the international stage, he said, as its words and actions may be easily misunderstood.

“If we support China, the U.S. and other countries may think we do so because we are a majority Chinese country and therefore accede to China,” he said.

But China may also misunderstand if Singapore supports the U.S., he added.

Lee stressed that Singapore is good friends with both China and the U.S., and wants to remain so.

The U.S. is a major security partner, he said, noting that Singapore buys advanced military equipment from the U.S., trains with its troops, and cooperates with it on counter-terrorism.

On the economic front, the value and scale of U.S. companies’ investments in Singapore outstrip that of any other country.

“We hope the U.S. will continue to remain engaged in the Asia Pacific, and continue to safeguard regional peace and stability,” Lee said. “This ensures the security and prosperity of the whole region.”

Meanwhile, Singapore’s relations with China are unique, he said.

Having a shared heritage and culture helps foster good relations between both countries, he added.

Both governments have cooperated on projects in Suzhou, Tianjin and Chongqing, and China is Singapore’s largest export market. Singapore companies have sizeable investments there, as Chinese companies do here.

“But even as we engage and cooperate with each other, we should always remember that we are Singaporean. We have our own history and culture, and also our own perspectives and political stands on current affairs,” he added.

Lee noted that competition will naturally exist between both powers.

The U.S. must recognize that stopping China’s rise is neither possible nor wise, and seek constructive bilateral relations with it, including on economic matters, he said.

Meanwhile, as a global power itself, China has to put itself in other countries’ shoes, and take into account their interests and views.

“Only then can China live in peace and harmony with them. Only then can it be viewed as a magnanimous country, a partner willing to work with others for mutual benefit,” he said.

China and the U.S. should also strengthen mutual trust and develop appropriate mechanisms to resolve unavoidable frictions that will arise between them.

Regrettably, both countries have yet to find the “magic pill” to manage their differences, he said.

“Their tensions will not be resolved in the near term, and this will impact the whole world order.”

This story was published by The Straits Times. To read the original, click here.