Australian Universities Risk Catastrophic Hit Due to Reliance on China 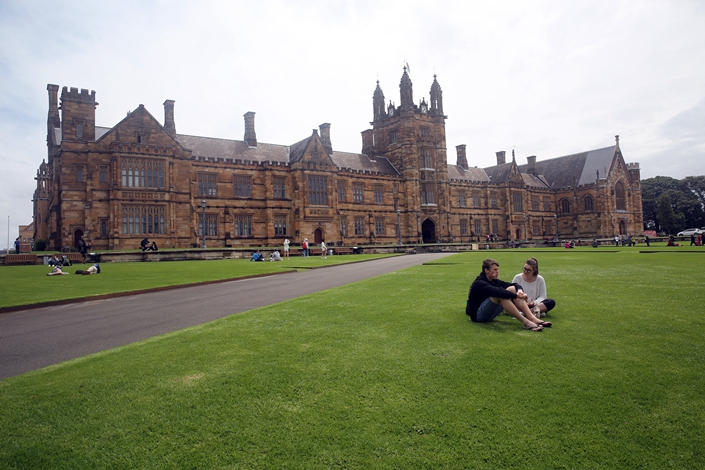 A report from the Centre for Independent Studies says the financial risk of overreliance on China is “very large” and universities can’t mitigate it by diversifying with students from other countries — since this risked creating a financial bubble.

Salvatore Babones, who is an associate professor at the University of Sydney, said his university alone would take an AU$100 million hit to revenue if Chinese enrolments fell by 25%.

The figures were not hypothetical — when Malaysia imposed capital controls during the Asian Financial Crisis, outbound student numbers fell by 25%.

The University of Sydney currently leads the pack, earning more than half a billion Australian dollars from Chinese student fees, which is nearly a quarter of its revenue.

“As long as their bets on the international market pay off their gamble will look like a success. If their bets go sour, taxpayers may be called to pick up the tab.”

Australia is the third biggest market for international students after the U.S. and the U.K., but has almost three times as many on a per-capita basis.

Professor Babones said in the last year the growth of Chinese students had begun to slow as the universities recruited students from India “very aggressively.”

“Such strategies are doomed to fail, the countries of south and southeast Asia are too small or too poor to contribute the sort of numbers of fee-paying students we would need.”

He said vice chancellors were rushing to India to build up business, with India visa grants rising 42% in 2017-2018.

“This crowd behavior shows signs of a bubble in the making. Each university thinks India offers a reservoir of appropriate students to meet its own needs, without accounting for the fact its competitors are pursuing the same strategy.”

He said the overreliance on Chinese students was two decades in the making and could not be easily unwound.

As a first step universities should be transparent on enrolments and should publish plans to reduce reliance on international students. And they should avoid focus on any single country.

He said universities should also be made to apply the admission standards to international students that apply to ordinary enrolments.

The University of Sydney had a minimum score of 6.5 on the International English Language Testing System (IELTS), but international students using a private college pathway to the university could get admission with a score of 5.

The ANU offered a similar pathway with an IELTS score of 4.0, which meant “not able to use complex language.”

“We offer a quality higher education in Australia and international students are voting with their feet by coming here. We should be proud of that fact.

He said the education department monitors the financial performance of universities on an annual basis.

“In 2017, the total net operating surplus reported across the seven universities cited in the CIS report was AU$930.4 million. Combined, these universities have a net asset base of AU$22.0 billion, with cash and investments of AU$8.8 billion.”

This story was originally published by The Australian Financial Review. To read the original, click here.