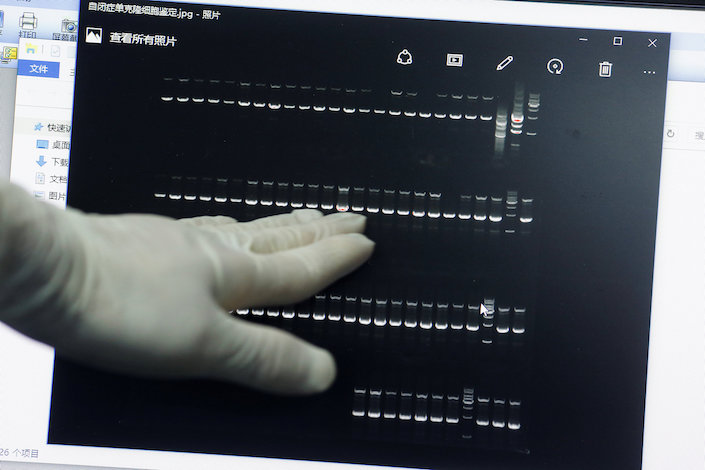 China is sometimes unfairly labeled a nation of copycats.

The duplicated feline, a gray-and-white British shorthair kitten called Dasuan, or “Garlic,” was reportedly born naturally in July. After Dasuan’s original incarnation died in January, its owner took the body to a veterinary hospital in the eastern Chinese city of Wenzhou, where staff extracted cells and sent them to Sinogene. An embryo containing the cloned cells was then implanted in a surrogate mother.

Beijing-based Sinogene was founded in 2012 and focuses on genetic testing, cell preservation, and pet cloning. The latter service includes cats, dogs, and horses and costs tens of thousands of dollars.

In March, Sinogene made headlines when a cloned police dog it created in partnership with a Yunnan Agricultural University began training with a force in the southwestern Chinese city of Kunming.