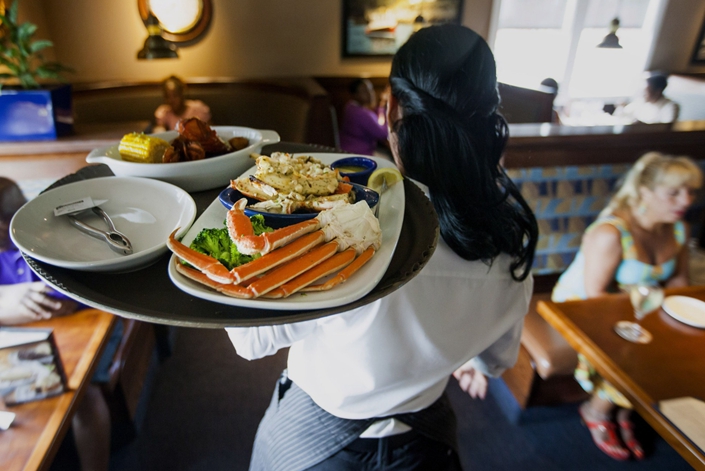 (Bloomberg) — Red Lobster, which only has two locations in China today, sees the country becoming its biggest overseas market.

The seafood chain, which separated from Darden Restaurants Inc. about five years ago, has locations in Beijing and Shanghai operated by Chinese partner FWM Restaurants and more are on the way, Red Lobster CEO Kim Lopdrup said. While he wouldn’t say how many new restaurants were planned, he said China will eventually be a larger market for the chain than Canada and Japan, which both include about two dozen locations.

“We do have some aggressive growth plans, but it all comes down to finding the right sites with appropriate rents,” Lopdrup said in an interview. “China is very likely to be our largest international market likely by a pretty wide margin over time.”

American restaurant chains are flocking to China in growing numbers as rising incomes there give more disposable income to millions of consumers. Red Lobster follows Starbucks Corp., which sees the market as a top priority is adding a restaurant there every 15 hours. Tim Hortons, owned by Restaurant Brands International Inc., is also expanding rapidly there.