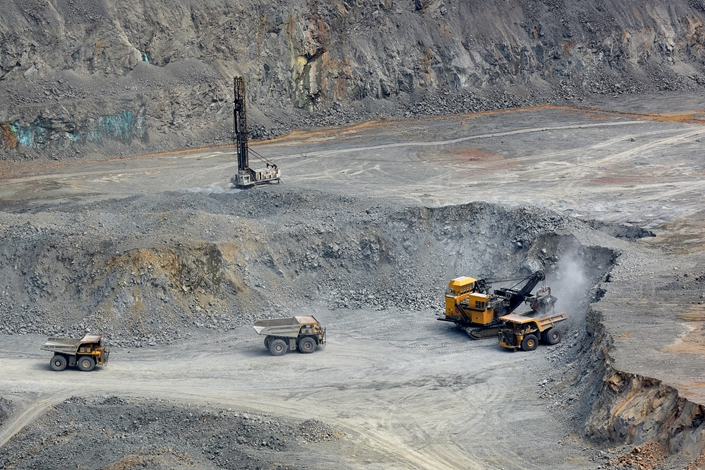 (Bloomberg) — The Chinese operator of the Democratic Republic of Congo’s largest copper producer has told employees that it’s struggling to make money as the collapse of cobalt and copper prices hits miners in the country.

China Molybdenum, which operates the giant Tenke Fungurume mine, said falling metal prices combined with higher taxes and royalties, and rising costs meant it was now in a “deficit zone.” The company said it had also been hit by problems with production equipment.

“In the first half, the company did not achieve its production targets,” its Tenke Fungurume Mining unit said in the letter seen by Bloomberg News. “In addition, the metal prices, copper and cobalt, are at the lowest level. The company is in a deficit zone.”

China Molybdenum’s warning to employees comes as Congo’s entire extractive industry is under pressure after a revised mining code was signed into law in March last year, raising taxes and canceling a clause that would have protected producing mines against fiscal changes for another decade. The government then imposed a 10% royalty tax on cobalt producers eight months later.

Glencore PLV said earlier this month that it will shutter its Mutanda project for about two years in a bid to put a floor under the cobalt market, which has seen prices fall more than 70% since April last year.

Those setbacks highlight how quickly cobalt has shifted from a prized asset to a headache. After quadrupling in two years, prices have collapsed to the lowest since 2016 as new supplies pour into the market. The copper price has dropped by about 5% over the past year.

“Despite the adverse environment and difficulties painted above, in order to preserve jobs and keep current benefits, the new management team, with the support of shareholders, has developed a business revitalization and development plan to face the risks,” China Molybdenum’s unit said.

The Financial Times earlier reported that the company had sent a letter to employees.