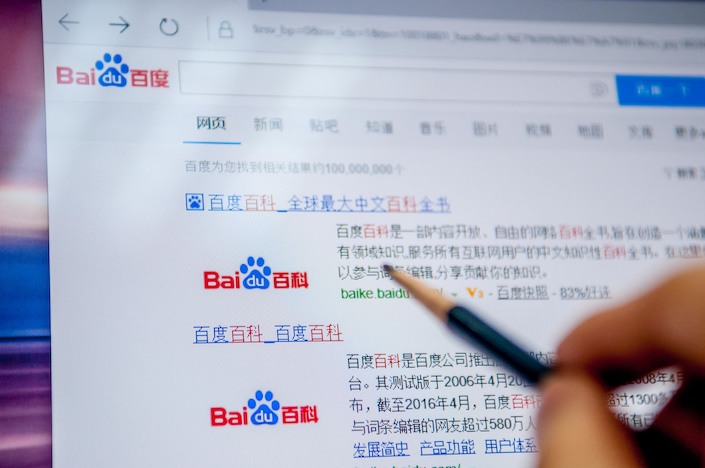 Baidu must pay symbolic damages to the family of a deceased playwright, after a court in Beijing ruled Wednesday that the internet giant’s market-leading reference website, Baidu Baike, had displayed defamatory content about the writer for five years.

The son of the late Zhao Zhong, who wrote a number of theater productions, operas, and screenplays, successfully argued in the Beijing Internet Court that Baidu was guilty of negligence for failing to promptly amend reputation-infringing content hosted on Baidu Baike’s page about his father. The court told Baidu to issue a formal apology to the plaintiff and pay him symbolic compensation of 6 yuan ($0.85), according to a report in an official court publication.

Chinese law requires internet platforms that publish content contributed by users to review the information and delete it if it is unlawful. The country’s tort law also states that internet users who infringe upon the civil rights or interests of private citizens can be liable for damages.

Baidu had argued that it had met its legal obligation to Zhao by correcting the entry once it had been brought to the company’s attention, given the company did not directly create the posts and could not have been aware of the offending entry prior to being notified of its existence.

The seeds of the case were sown in January 2013, when a Baidu Baike user under the alias Qiaonü Jiaren, removed one of Zhao’s operas from a list of his best-known works and added a Cultural Revolution-era slur to his biography.

Zhao’s family did not discover the denigrating information until July last year, when they contacted Baidu and demanded the company correct the page, apologize to the family, and reveal the identity of Qiaonü Jiaren. Baidu complied with the first demand but not with the latter two, prompting Zhao’s son to file the lawsuit.

The case concluded as Baidu navigates a turbulent period. Although the search giant’s second-quarter results were stronger than expected, a flagging economy and increasing competition are posing challenges to the company. Earlier this week, it was revealed that ByteDance Inc. has invested in another reference website, the similarly named Baike.com, in a move that may see the tech upstart draw more web users away from Baidu’s products.

Baidu told Caixin in an email Friday that the company was unable to comment on court rulings.