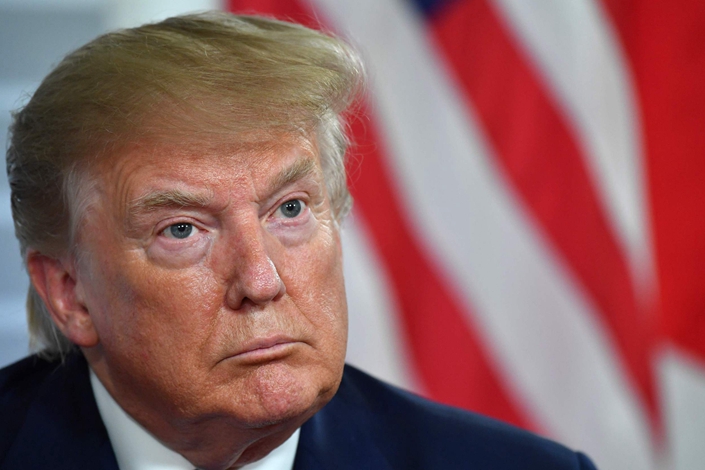 Trump responded to the latest tit-for-tat retaliation from China on Friday by ordering U.S. companies out of China in a tweet. Photo: Bloomberg

(Bloomberg) — U.S. companies are concerned about President Donald Trump’s threats to ban them from doing business in China, and they’re poised to halt new investments if the trade war escalates, the leader of group of top CEOs said.

U.S. company executives get worried when they hear talk from Trump about invoking emergency powers on trade, said Josh Bolten, president and CEO of the Business Roundtable and a former chief of staff to President George W. Bush.

“He has a lot of authority through the national security statutes to disrupt trade and commerce in a way that would cause huge damage — not just to the Chinese economy, but to the global economy and the U.S. economy,” Bolten said Sunday on CBS’s “Face the Nation.”

Trump responded to the latest tit-for-tat retaliation from China on Friday by tweeting U.S. companies are “hereby ordered to immediately start looking for an alternative” to China. He also suggested he was looking at the International Emergency Economic Powers Act of 1977 in ordering U.S. companies to quit China. “Case closed!” Trump concluded in a tweet.

White House economic director Larry Kudlow downplayed Trump’s China threat, saying on CBS that the president doesn’t intend to try to block investment in China right now and that “maybe the way it was phrased was a little tougher than usual.”

“He’s asking American companies to take a look, take a fresh look at frankly moving out of China,” Kudlow said.

Still, Bolten said the Dow Jones Industrial Average’s 623-point tumble on Friday in response to Trump’s threat — while also increasing the tariff rate on $550 billion in Chinese goods — was a sign of investors “tapping the brake lightly.” A lot of U.S. businesses are “poised right on top of the brake” on new spending if the trade war isn’t resolved, he said.

“The risk is that everybody’s going to slam on the brake, and that would be a disaster — not just for the Chinese, but for the United States as well,” Bolten said.

The Business Roundtable is an association of CEOs of large U.S. companies including Amazon.com Inc., Apple Inc. and General Motors Co. Its chairman is JPMorgan Chase & Co. CEO Jamie Dimon.

Bolten said the group supports Trump’s aim to address allegations of intellectual property theft and other trade issues with China, but it fears the trade war spiraling out of control — and trying to de-couple completely from China “is not benign and certainly not helpful.”