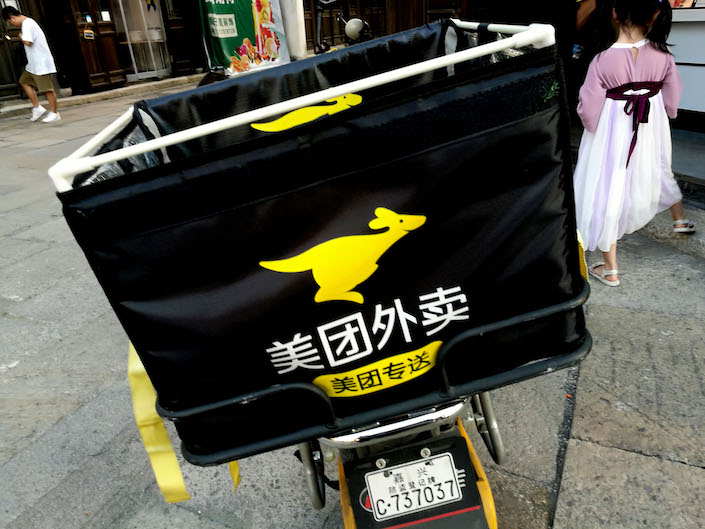 Online-to-offline (O2O) delivery, oil and electric vehicles (EVs) and are all at the forefront this Monday, after O2O specialist Meituan Dianping, oil refining giant Sinopec and EV battery maker CATL reported their latest quarterly results on Friday after market close.

The three are trading into choppy waters as the new week begins, following a major sell-off that saw the big New York indexes slide more than 2% on Friday as the U.S.-China trade war hit a new high with threats of more tit-for-tat tariffs by the two sides. That led the benchmarks in Shanghai and Shenzhen to open down more than 1%, while the benchmark Hang Seng Index in Hong Kong tumbled more than 3% in early trade.

Here’s how the three companies were doing in early trade:

Meituan Dianping bucked the broader sell-off and saw its shares rise 6.5% in early trade in Hong Kong. On Friday after markets closed, the O2O services leader known for its takeout dining delivery bikes surprised markets by reporting its first-ever profit since going public a year ago. Sinopec shares were down 3.63% in early Hong Kong trade. On Friday the company reported its revenue rose 15.3% in the first half of the year, but its profit dropped 24.7% due to fierce competition in the market for refined oil products.

Contemporary Amperex Technology Co. Ltd., also known as CATL, was down 0.78% in early trade in Shenzhen. On Friday the world’s leading EV battery maker reported its revenue more than doubled in the first half of the year, while its profit rose by 131%.