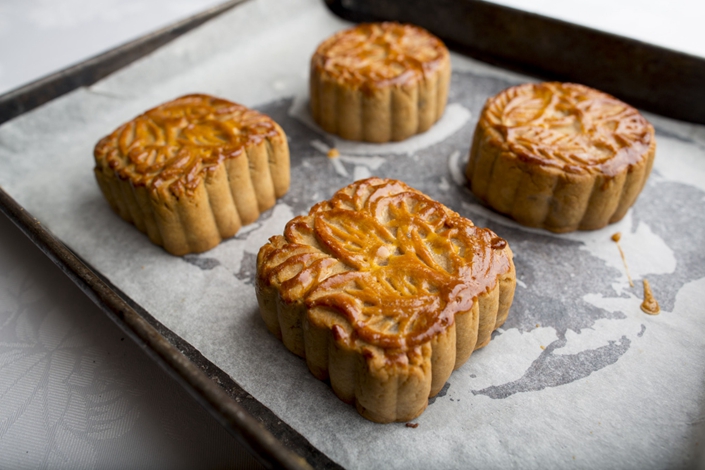 A jump in exports could further support benchmark palm oil prices in Malaysia, which climbed to a six-month high on Monday. Photo: Bloomberg

(Bloomberg) — China’s escalating trade war with the U.S. as well as an upcoming autumn festival are stoking the Asian country’s appetite for a certain golden oil.

The world’s top commodity importer almost tripled palm oil imports from Malaysia during the first 25 days of this month as deepening trade tensions with the U.S. lower supplies of soybean oil, sending buyers hunting for an alternative. That’s just as consumption increases ahead of the Mid-Autumn festival, celebrated on Sept. 13 this year, where palm is a key ingredient in fried foods and seasonal treats such as mooncakes.

Palm oil shipments from Malaysia, the world’s second-biggest producer, to China surged 177% from a month earlier to 265,045 tons between Aug. 1 to Aug. 25, according to cargo surveyor Intertek Testing Services. China may import a record 6.7 million tons of the world’s most-consumed cooking oil in the year from October, according to the China National Grain and Oils Information Center, as the trade war and the spread of African swine fever curtail supplies of soybeans, leading to lower output in soy oil.

“Soybean oil inventories have dropped in China so they must be having an edible oil shortage,” said Sathia Varqa, owner of Palm Oil Analytics in Singapore. “There’s nowhere to turn except to the golden oil palm.”

A jump in exports could further support benchmark palm oil prices in Malaysia, which climbed to a six-month high on Monday on expectations of a boost in demand. Still, Varqa warns that a further price rally risks eroding China’s appetite for the Malaysian product.

“Indonesia has a bigger market share and is cheaper, so it may still dominate China’s demand,” Varqa said.