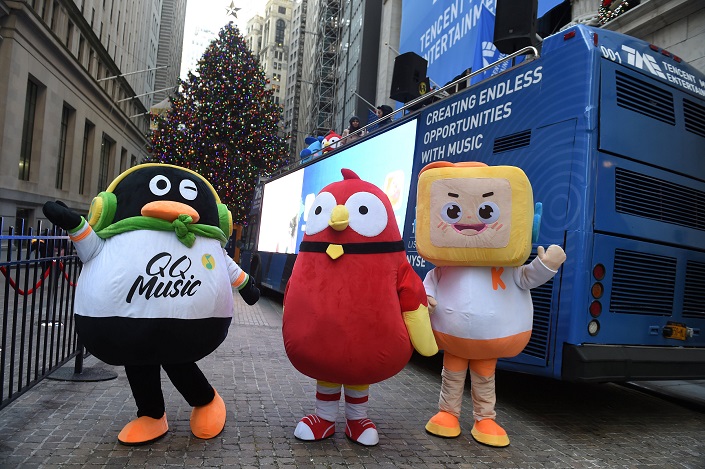 Tencent Music Entertainment Group is under investigation by China’s antitrust authority in a review that could end exclusive licensing deals it forged with the world’s biggest record labels, people familiar with the matter said.

The State Administration of Market Regulation launched the probe in January and is scrutinizing the Shenzhen-based company’s dealings with music labels including Universal Music Group, Sony Music Entertainment and Warner Music Group Corp., the people said, asking not to be identified discussing a private matter.

The three largest record labels have all sold exclusive rights to a major chunk of their music catalogs to Tencent Music, which is controlled by social media titan Tencent Holdings Ltd. but also backed by Sony and Warner. Tencent Music then sub-licenses that content to smaller rivals, an arrangement they complain is unfair. Tencent Music pays fees that are unreasonably high and passes along much of those costs to its competitors, they say. Licensing songs from Tencent Music for use in China can be twice as expensive compared to when licensing directly from major labels for the rest of the world, one person said.

Music and video platforms, including those operated by Alibaba Group Holding Ltd., Baidu Inc. and ByteDance Inc., all have to sub-license content from Tencent Music. The regulator’s actions pose a threat to Tencent, which leveraged a billion-plus social media users to dominate a Chinese online music industry expected to be worth $30 billion by 2023. Music is now a key driver for the WeChat-operator, which is struggling to sustain growth as U.S.-China trade tensions depress its home economy.

Tencent Music, NetEase, ByteDance, Baidu and Alibaba declined to comment on the probe, which was previously reported by Capitol Forum and MLex without giving details of the pricing concerns of other platforms. The regulator didn’t respond to a fax seeking comment.

Related: Baidu Moving Out, Bytedance and Ant Marching in to Most Valuable Tech Firm Leader Board