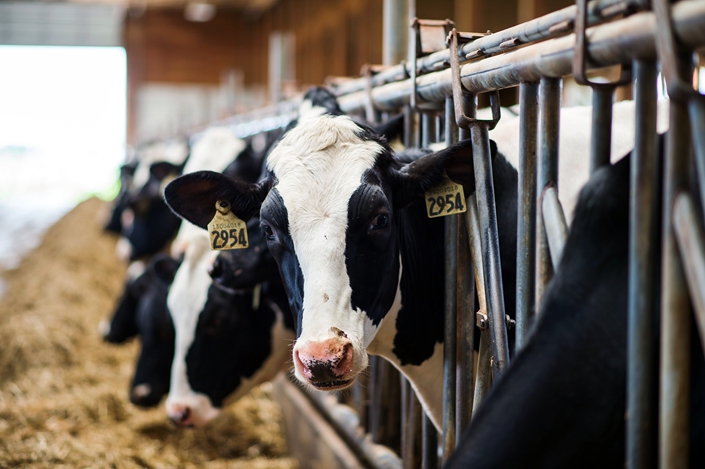 U.S. dairy exports to China dropped 54% in the first half of 2019 due to tariff retaliations. Photo: Bloomberg

Dairy consumption is on the rise in China, where consumers are eating more pizza, having more wine and cheese nights and drinking more milk. While the outlook for demand in the country is “really bullish," the U.S. is losing out to rival suppliers because of the trade dispute, said John Wilson, chief fluid marketing officer officer at Dairy Farmers of America.

U.S. dairy exports to China dropped 54% in the first half of 2019 due to tariff retaliations, according to Alan Levitt, vice president at the U.S. Dairy Export Council. Relations need to be normalized so that the U.S. can be competitive again with New Zealand and the European Union, Wilson said.

Falling exports to China are the latest blow to the American dairy industry, which has been in free fall over the last several years. Americans are drinking 40% less milk than in 1975, and prices have suffered a rout. The downturn has been a near-deadly blow to stalwarts like Dean Foods Co., the top U.S. dairy company that has seen its shares plunge more than 70% this year.