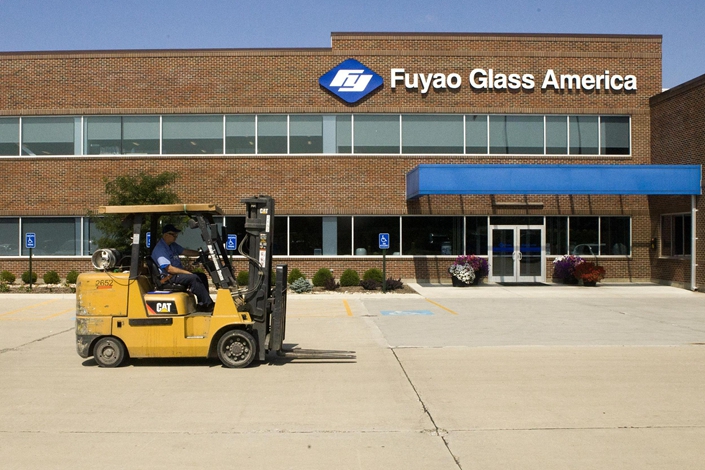 (Bloomberg) — The trade battles between China and the U.S. are often discussed as sterile policy matters. But every so often a tale like “American Factory,” a documentary that debuted on Netflix this week, serves as a reminder that people and complexities are involved.

The film’s political relevance comes from the fact the new factory opened in October 2016, just weeks before Donald Trump was elected wielding a campaign promise to stunt China’s economic rise that has since turned into a trade war convulsing the global economy. But what makes it compelling is that what begins as an optimistic story of revival ends up as a tangled one about a clash of cultures and the powerful and perplexing forces of globalization and automation.

The fact that the first film issued by the Obamas’ new production company as part of a partnership with Netflix is about the economic relationship between two powers struggling to figure out how to co-exist may raise eyebrows among the current team in the White House. At the very least it offers a nuanced counterpoint to Trump’s proclamation that trade wars are “easy to win.”

“I think one of the things that makes the movie powerful is the fact that it’s not all black and white. There’s a bunch of gray,” Barack Obama says in a short interview with “American Factory” directors Julia Reichert and Steven Bognar issued with the film.

The film is, above all, good at capturing unguarded moments featuring its Chinese characters.

“The most important thing is not how much money we earn, but how this will change Americans’ view of the Chinese and toward China,” Fuyao’s billionaire chairman, Cao Dewang, tells a group of Chinese workers brought in to help set up the factory a half-hour into the film.

Regardless of that proclamation the cultural clash on show is often raw. “They are pretty slow. They have fat fingers,” one Chinese manager complains early on as he leads Cao past a line of American workers.

“The Chinese really don’t help us out. They just walk around and tell the Americans what to do,” an American employee complains later as tensions threaten to boil over.

During a visit by a small group of American managers to Fuyao’s headquarters in China the camera captures a conversation between a Chinese supervisor and his Chinese-speaking American counterpart from the Dayton factory.

“You guys have eight days off every month. You have all the weekends,” the Chinese supervisor complains, pointing out that the workers laboring nearby get only a day or two off per month.

American executives and supervisors recruited to run the Ohio plant are eventually replaced with Chinese managers more attuned to Cao’s ruthless demands for efficiency and profit and his bristling at the idea of his workforce becoming unionized.

Shortly after he makes the change, Cao offers that he has grown more suspicious of the land he has invested in. “We hired Americans to work as our managers and supervisors. Our expectation was that we could trust them, pay them a high salary and they would serve the company. Why didn’t they? I think they are hostile to Chinese,” he tells the filmmakers.

There are heartwarming and even hopeful moments in “American Factory." Rob, a furnace supervisor, invites a dozen Chinese Fuyao employees over for Thanksgiving dinner at his rural home, letting them pose with his guns and giving the brave ones rides on his Harley. “They talked about it forever. That made me happy,” he says.

But underlying it all are also harsh economic realities. By the end of the film Rob has been fired for taking too long to call up information on a computer. And the executive leading Cao through a factory being transformed yet again is laying out in cruel detail how and when new robots will be replacing the workers nearby.

“This one is being tested now. We’re hoping to cancel four workers in July and August,” he says. “I’ll change that into machine work. We can’t get the work done now. They are too slow.”

Which sends another message about the current trade wars. All the tariffs and tussling over soybeans and supply chains may be missing a bigger transformation underway in the global economy. One that, as the film makes clear in its closing frames, is likely to hit both American and Chinese factory workers alike.