Most U.S. Companies Plan to Stay in China Despite Trade War, Survey Suggests 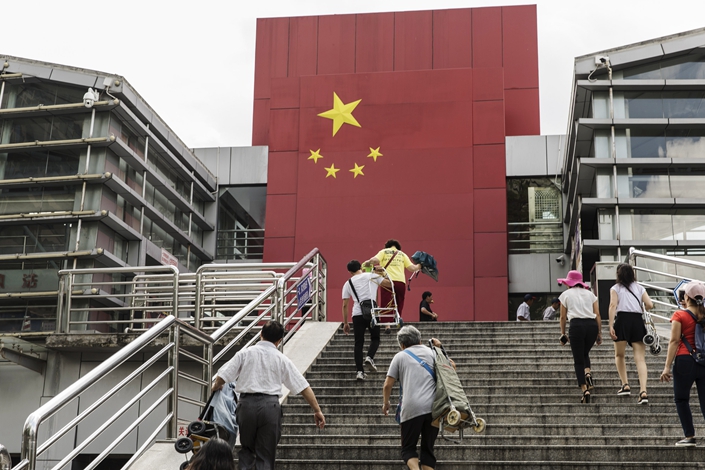 A border crossing facility at the Sha Tou Jiao Port of Shenzhen, China, on Friday, May 18, 2018. Photo: Bloomberg

(Bloomberg) — When President Donald Trump ordered American companies last week to break off ties with China, he gave a directive that conflicts with the plans of a vast majority of large U.S. firms doing business there.

That’s according to a new survey of U.S.-China Business Council members. Eighty-seven percent of respondents said they neither have moved nor plan to shift operations out of China, compared with 90% in a 2018 survey. Only 3% said their China operations were unprofitable, unchanged from a year ago.

“The majority of American companies surveyed remain committed to the China market and few are currently divesting existing operations,” according to the survey results released Thursday in Washington.

The survey, reaching about 100 members of the council, was conducted over three weeks in June. The relationship between the U.S. and Chinese governments has soured since, with on-again, off-again negotiations that have created uncertainty for investment plans.

The survey was taken before Trump’s Aug. 23 tweet, which said: “Our great American companies are hereby ordered to immediately start looking for an alternative to China, including bringing your companies HOME and making your products in the USA.”

Craig Allen, president of the council, said he didn’t interpret Trump’s tweet as pushing American companies that serve the Chinese market domestically to leave the country.

“We do not believe that he wishes to encourage other American companies that have successful operations in China to leave,” Allen said. “Our members are in China for the long term, none of them are anticipating orders to leave.”

The survey alluded to a cautious review of companies’ supply chains in China and paints a grim picture of the effects of a trade war that’s now in its second year. Eighty-three percent of respondents said they didn’t curtail or stop planned investments over the past year, down from 92% a year ago.

“Nearly half of respondents report lost sales and ceding market share to foreign competitors,” the survey stated. “The primary contributor to lost sales is the implementation of both U.S. and Chinese retaliatory tariffs, as evidenced by lost price competitiveness, shifts in supply chains, and uncertainty of continued supply.”

Allen said loss of business in the Chinese market from the trade war could have long-term, negative impacts for American companies.

“Losing market share is easy," he said. "Gaining it back is very, very difficult.”