Australian Wool Out in the Cold as China Stops Buying 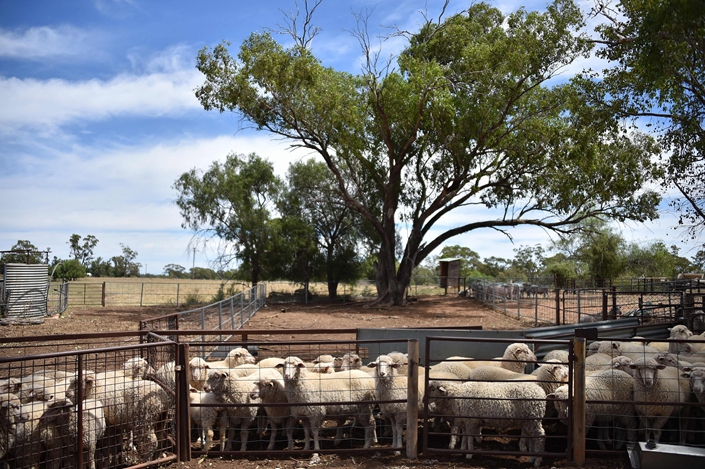 (AFR) — The price of wool is falling steeply as China’s textile industry feels the fallout from the trade war with the United States, and European economies weaken with industry leaders bracing for worse to come.

Australian wool prices are back to 2016 levels with growers withdrawing bales from auctions after more price falls last week linked to reduced demand from Chinese consumers and Italian producers of woven cloth.

Leading wool exporter and broker Fox and Lillee expects prices to come under more pressure this week as South Africa returns to selling wool after a big build-up in inventory caused by a breakout of foot and mouth disease in January.

Fox and Lillee brokerage manager Eamon Timms said the market for Australian wool was already weak and likely to stay that way for a significant period.

Timms said Chinese processors had been buying on a hand-to-mouth basis for several months and he noticed on a recent visit that the mood among woolen mills was very subdued.

“Their confidence had been knocked severely and they were very worried about the U.S. situation and what it was going to do to them,” he said.

“There also seem to be some issues in China with finance, with credit getting tighter. And it looks like the retail side of things in China has really slowed.”

Timms said feedback from China suggested some buyers were preparing to move manufacturing to other parts of Asia to sidestep tariffs and there were reports of significant retrenchments in the textile and other industries.

AWI said falling Chinese consumer demand was a factor in weaker demand over the past six months, but few in the industry had expected such a steep decline in wool prices even though they remain at relatively high levels compared to long-term averages.

“A reduced price was largely factored in as likely, but the magnitude of what has occurred over the past three weeks is completely out of the thinking or predictions of nearly all, if not all,” it said in market commentary.

AWI said China purchased about 75% of the Australian wool clip with some 60% of the wool processed and sold into its retail market, whereas a decade ago almost 100% was exported to mainly northern hemisphere markets, led by Italy.

The net result was that nearly half of more than 30,000 bales scheduled for sale did not enter the supply chain.

AWI trade consultant Scott Carmody said the industry hoped the rate of the price falls would slow this week but there was no guarantee.

Carmody said the price falls were a bitter pill to swallow for farmers who had paid high prices to feed stock through the prolonged drought.

Stephen Evans, who farms at Rylstone in New South Wales, said woolgrowers had had a wonderful run on prices for the past two years but it had come to an abrupt end that would hit drought-affected farmers hard.

Evans said although his operations had fared relatively well, the drought had hit both volume of production and the quality of the wool clip.

He said the drought meant a lot of wool was not as strong or clean with a lot of dust and burrs.

Evans said the tension between China and the U.S. had hurt woolgrowers along with Italian manufacturers suffering a drop in demand for cloth.

His farm is carrying about 4,000 sheep after destocking to reduce numbers by about 30% as part of drought management and he faces a steep increase in feed costs to support ewes with newborn spring lambs.

Evans has wool scheduled for auction next week and doesn’t expect to withdraw it from sales as some growers have, even if prices continue to fall.

“I suppose it is like any other market. When your article is ready to sell, you have to meet the market, put the money in the bank and move on because you could be hanging onto wool for 12 months or more and get absolutely nowhere.”

This story was originally published by The Australian Financial Review. To read the original click here.