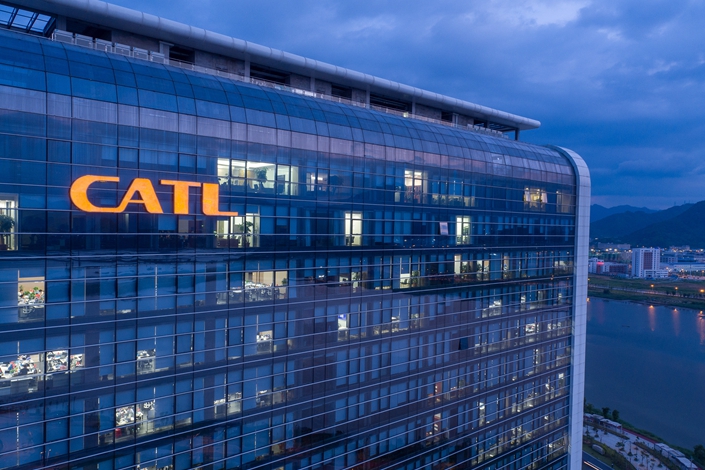 Chinese lithium-ion battery manufacturer Contemporary Amperex Technology (CATL) will emerge as one of the biggest shareholders in Pilbara Minerals under a plan to raise up to AU$111.5 million ($75 million).

CATL will pay AU$55 million for 8.5% of Pilbara, under a placement that effectively values the Western Australian lithium exporter at AU$646 million.

CATL makes electric vehicle batteries for car manufacturers like BMW, and is currently building a factory in Germany to supply BMW and other customers.

The Chinese company's involvement suggests large-scale consumers of lithium still have an eye on the long term amid the current bear market for the battery mineral.

Pilbara will also seek to raise AU$36.5 million from institutional investors and AU$20 million from retail shareholders at AU$0.3 per share.

The raising plan, which is being assisted by Macquarie, comes a week after Pilbara decided not to proceed with a sale of a stake in the company's Pilgangoora mine because it believed the offers were too low.

Abandoning the sale process raised concerns about how Pilbara would fund itself beyond Christmas given very low lithium prices, reduced sales volumes and the fact the company's cash balance declined from AU$103 million to AU$63 million in the three months to June 30.

But Wednesday's raising plan seeks to allay those fears by buying Pilbara the time it needs to survive the downturn.

Chinese regulators and Pilbara shareholders will need to give their approval for the deal to proceed.

The slump was blamed on changes to electric vehicle subsidies in China; a factor repeatedly highlighted by lithium producers as hurting demand this year.

Prior to the raising Ganfeng was listed by Bloomberg as Pilbara's biggest shareholder with just over 8%.

Chris Ellison's Mineral Resources Ltd. was listed as the second biggest holder with just over 6%.

South Korean steelmaker POSCO has just over 4% of the company.

This story was originally published by The Australian Financial Review. To read the original, click here.