Opinion: How Could Trump Really Win the Trade War? 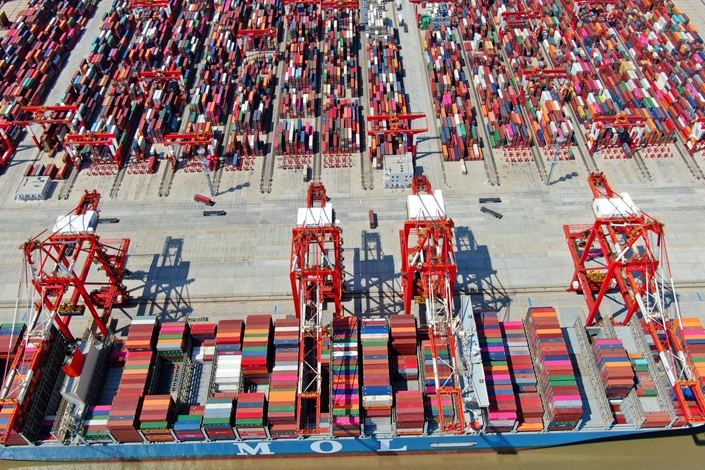 Mr. Trump’s mantra is that America “loses” $500 billion each year to China. The sheer intellectual incoherence displayed by this assertion — the figure seems to refer to the U.S. goods trade deficit with China, which is actually closer to $400 billion — means that real success will not be achieved by this administration, except by sheer accident.

Why the policy incoherence? At the center of the administration’s trade campaign are at least two inter-related and mistaken views. Firstly, a trade surplus is necessarily welfare-enhancing, and hence secondly, trade is a zero sum game. This leads naturally to the policy conclusion that decreasing the trade deficit will necessarily make America better off, and China worse off. In reality, it’s entirely possible that both will be made worse off.

The irony is that even by Trump’s own criteria, his moves have exacerbated the overall and bilateral U.S.-China deficit. Expansionary fiscal policy — the Tax Cuts and Jobs Act and the Bipartisan Budget Act — drove up the value of the dollar, making U.S. goods less competitive. Dollar appreciation has been exacerbated by the uncertainty bred by the administration’s erratic policy direction.

The indiscriminate use of national security-based protectionist measures and Section 301 sanctions, have spurred trade retaliation that has offset some of the reduction in the deficit made by way of import reduction.

However, none of the criticism of the Trump administration’s approach should be taken as denying the validity of some U.S. complaints. The imposition of tariffs under Section 301 of the 1974 Trade Act is based on the argument that China is violating the intellectual property rights of American firms operating in China, either through counterfeiting, patent infringement, the forced sharing of technology, or industrial espionage.

But here is the problem — the Trump administration’s approach is the quintessential application of a 19th century remedy to a 21st century problem.

Much better would have been a strengthening of intellectual property protections in the countries that China interacts with, thereby pressuring China to conform to international norms. In other words, success would have been more likely if the intellectual property measures incorporated in the Trans-Pacific Partnership agreement had been implemented.

The Trans-Pacific Partnership also included a chapter on state-owned enterprises in order to address, in a plurilateral way, the issue of implicit subsidization of exports via state-owned enterprises. The application of countervailing duties has proven insufficient to the task of completely offsetting these pervasive types of subsidies. Yet, it hardly seems that tariffs are going to accomplish the aim of forcing retrenchment in this arena.

In the national security arena, the CFIUS process — the U.S.’ foreign investment scrutiny mechanism which addresses the security concerns associated with foreign acquisitions of American firms — has been enhanced and appropriately so. That is an instance of applying the right principle, using investment tools to address investment problems.

Where are we headed? One way of thinking about the current situation is that it’s something like a demented experiment. Unfortunately, the costs of pursuing this ill-conceived protectionist campaign will only become apparent over time. Not only will the overall trade deficit fail to be substantially altered by tariffs, higher costs will be borne by American consumers and firms. Retaliation in our partner countries will result in collateral damage there. The policy uncertainty engendered by the trade conflict will continue to diminish business confidence in a way that may well tip the world economy into recession. In that case, the trade policy will be not merely zero-sum, but negative sum.

Menzie Chinn is professor of public affairs and economics at the University of Wisconsin, Madison.