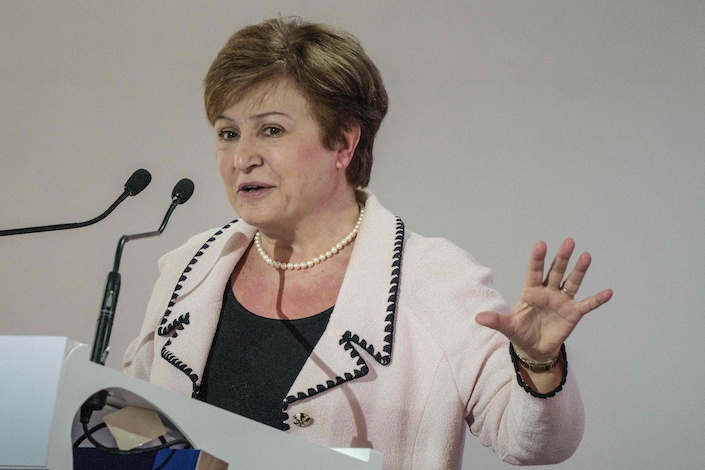 Kristalina Georgieva, the chief executive of the World Bank, was nominated as the sole candidate to lead the International Monetary Fund, succeeding Christine Lagarde, the fund said Monday in a statement.

As the only nominee, Georgieva “has confirmed willingness to be considered as a candidate” for the next managing director of the IMF as the period for submitting nominations for the position closed Sept. 6, the IMF said.

Georgieva, a 66-year-old Bulgarian economist, has served as chief executive of the World Bank since early 2017. She will be interviewed by IMF executive directors before her appointment is approved.

The Executive Board’s goal is to complete the selection process as soon as possible and at the latest by Oct. 4, the IMF said.

As a veteran official of the World Bank and the European Union, Georgieva has deep expertise in development matters such as gender equality, humanitarian issues and climate change, according to the World Bank website.

As CEO of the World Bank, Georgieva has built support across the international community to mobilize resources for poor and middle-income countries and to create better opportunities for vulnerable groups, the World Bank said.