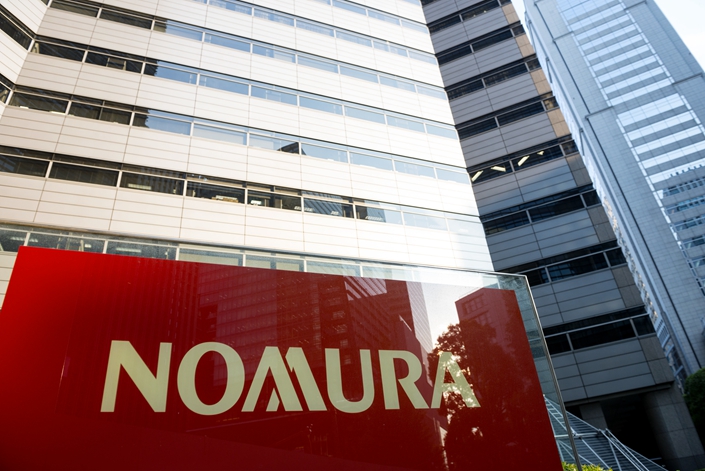 Nomura’s China venture aims to focus on clients with a minimum of 3 million yuan of investable assets. Photo: IC Photo

(Bloomberg) — Nomura Holdings Inc. is on track to have more than 100 employees in its Chinese securities venture when it starts operations in December, people familiar with the matter said, as China opens up its $42 trillion financial industry to foreign competition.

The new hires are part of Nomura’s plans to develop a wealth management and institutional brokerage business on the mainland, the people said, asking not to be identified because details of the plan aren’t public. The Tokyo-based company has received in-principle approval from Chinese regulators for four licenses, covering brokerage, proprietary trading, asset management and research, the people said.

CEO Koji Nagai is looking to China as a key growth market as the firm struggles to return profits from other overseas businesses. Nomura, which is shrinking its European trading business, will first focus on wealth management on the mainland before expanding into other areas including wholesale securities operations, Nagai said in December.

Its local venture, along with minority partner Shanghai-based Orient International (Holding) Co. Ltd., plans to focus on clients with a minimum of 3 million yuan ($421,000) of investable assets, according to one of the people. It is considering a plan to build up in asset management in parallel with the wealth management buildup, the person added.

JPMorgan Chase & Co. and UBS Group AG are among the other overseas firms to receive approval for majority control of local securities ventures following China’s 2017 decision to lift restrictions on the industry.

Lillian Liu, a Beijing-based spokeswoman at Nomura, declined to comment.

The buildup in China contrasts with the cutbacks elsewhere in Nomura’s international operations, where the firm is shedding jobs in an effort to restore profits outside Japan. Nomura reported its first overseas profit in six quarters in the three months ended June 30, an early sign of progress in the restructuring program.