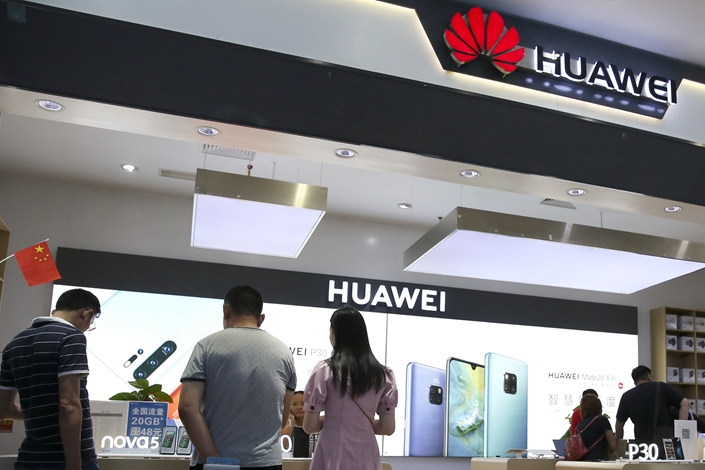 (Bloomberg) — The Chinese professor a Silicon Valley startup accused in a civil lawsuit of stealing its trade secrets for Huawei Technologies Co. Ltd. now faces a federal criminal charge, as the U.S. escalates its crackdown on the telecom giant.

Bo Mao, a professor at Xiamen University in China and a visiting professor of computer science at the University of Texas at Arlington, is charged with conspiracy to commit wire fraud against a California technology startup to obtain its “property” on behalf of a Chinese telecommunications company.

The prosecution is the latest in a series of moves against Huawei by the U.S. The government is pursuing criminal cases against the networking company for allegedly violating U.S. sanctions on Iran and stealing trade secrets from T-Mobile US Inc. It has banned Huawei’s technology and accused the company of helping Beijing carry out espionage. Huawei has denied any wrongdoing and accused the U.S. of singling it out for political reasons.

Mao’s case is being handled by Assistant U.S. Attorney Alexander Solomon in Brooklyn, New York, who is also prosecuting the Iran case.

Mao, initially held without bail after prosecutors argued he posed a flight risk and could obstruct justice, was freed last month on a $100,000 bond after he agreed to waive indictment, according to court records. A waiver of indictment can signal a guilty plea, possibly along with an agreement to cooperate with prosecutors.

While federal prosecutors in Texas didn’t identify the Chinese telecom company or its alleged victim, their complaint parallels the allegations CNEX Labs Inc., a Silicon Valley startup, made against Huawei in the civil case. In that case, CNEX accused Mao of helping Huawei steal the technology by entering into an agreement with CNEX to obtain a circuit board, purportedly for academic research, in 2016.

Acting with another professor in the U.S., prosecutors alleged, Mao emailed the U.S. startup, seeking to buy its proprietary technology “to build an experimental program,” according to an email they cited. The startup later agreed to provide the technology, they said.

“It is clear that Bo Mao secretly provided the Victim Company’s proprietary information to Company 1 in violation of the agreement,” prosecutors said, in apparent respective references to CNEX and Huawei.

Huawei lost the civil trade secrets case in June, though the jury declined to award damages to CNEX. CNEX contended that Huawei had posed as a potential customer to get secret details of its plans and, when that didn’t work, persuaded Mao and Xiamen University to work as a research partner with CNEX to obtain the plans surreptitiously.

Mao was arrested on federal charges on Aug. 14. His case was transferred from Fort Worth, Texas, to Brooklyn and assigned to U.S. District Judge Ann Donnelly, who is also presiding over the Iran case.

She scheduled a Sept. 11 hearing for Mao.