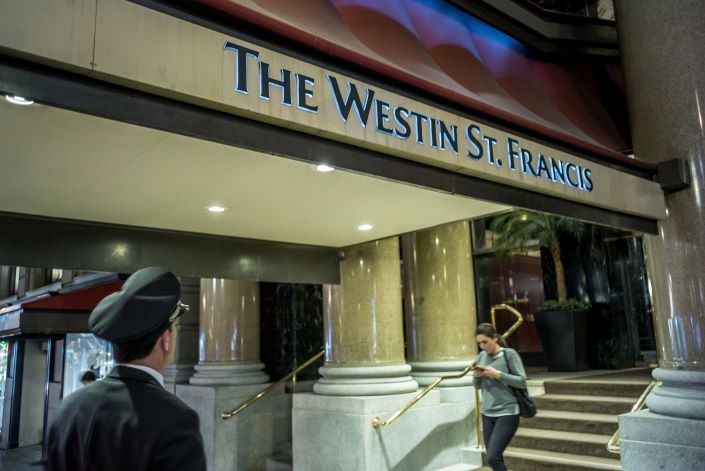 Mirae posted a 10% deposit on the portfolio this week, according to a person familiar with the matter who asked not to be named because the details are private. The parties were nearing a sale last month, as Bloomberg News reported at the time. Irregularities in the deeds to some of the properties delayed the sale, according to the Wall Street Journal.

Anbang bought the properties’ owner, Strategic Hotels & Resorts Inc., from Blackstone Group Inc. for about $5.5 billion in 2016. The deal was part of a global buying spree that made Anbang emblematic of China’s unbridled appetite for international trophy assets. That era ended when Chinese authorities seized control of Anbang and later sentenced Chairman Wu Xiaohui to 18 years in prison.

The properties include the Westin St. Francis in San Francisco, the Loews Santa Monica Beach Hotel, the JW Marriott Essex House in New York and the Four Seasons in Jackson Hole, Wyoming. Separately, Anbang still owns the famed Waldorf Astoria hotel in Manhattan from a $1.95 billion deal in 2015.