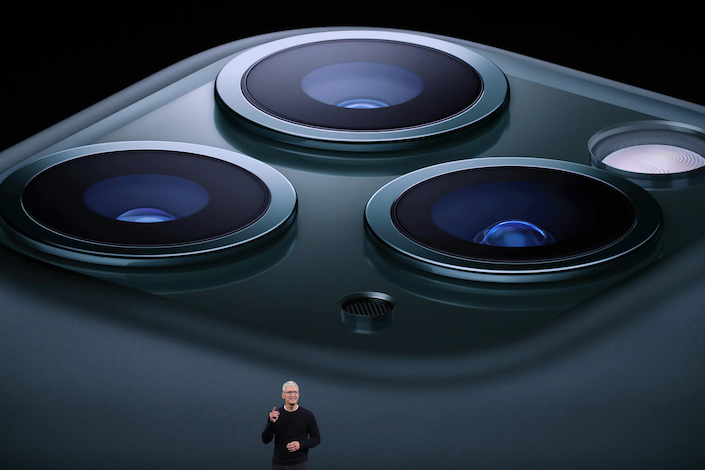 While the frenzy among Chinese netizens on the launch of new Apple products is seemingly cooling, some have shown excitement and pride that Apple has compared the new iPhone models’ performance with that of Huawei’s products for the first time. Netizens see it showing the local favorite’s growing global technology influence.

During Apple’s product release early Wednesday morning (China time), the global smartphone maker made a GPU performance comparison among iPhone 11, the previous generation iPhone XR and some of its major rivals. While the iPhone models led the ranking, China’s Huawei P30 Pro, equipped with the self-developed Kirin 980 chip, was just behind the third-place Snapdragon 855-empowered Galaxy S10+, and outperformed Google Pixel 3, a handset backed by Snapdragon 845.

“Apple compares itself with Huawei” quickly became a trending topic on China’s Twitter-like Weibo. User and electronics blogger TechnologyMrC suggested the comparison was another marketing coup for Huawei and that Apple acknowledged Huawei as a major challenger.

Meanwhile, as Apple released no functions for 5G, Chinese netizens said Huawei would further affect Apple’s performance in China, where mainstream handset manufacturers are racing to roll out the new telecommunication technology.

At least the new iPhone 11 Pro was already famous in the country before its release. Many Chinese netizens referred to it as "a smartphone with bathroom-heating-bulb camera,” thanks to the triple-camera design which looks like an appliance Chinese people use in cold seasons in areas where central heating is not available.