By Jonathan Woetzel and Jeongmin Seong 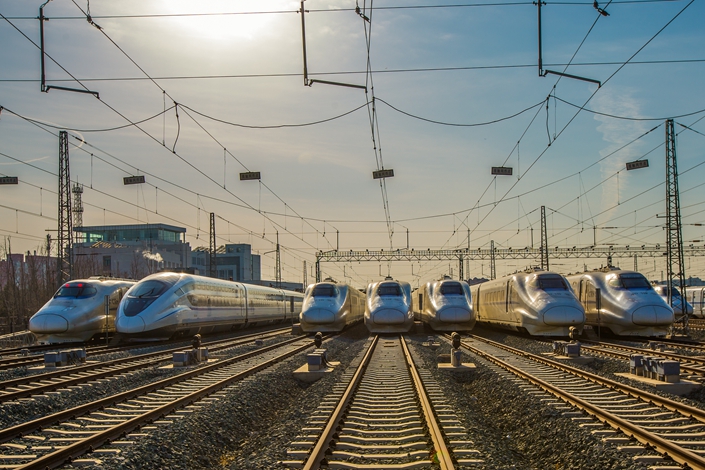 China’s relative exposure to the rest of the world — in terms of trade, technology, and capital — peaked in 2007, and has been declining ever since, producing an overall decline from 2000 to 2017. Photo: VCG

Over nearly 40 years of economic reform, China has reaped extraordinary rewards from opening up to the world. Integration into the global economy — albeit a supporting element of the country’s broader historic turn to the market mechanism — has enabled millions of China’s citizens to escape poverty, while transforming China into the world’s largest economy in terms of purchasing power parity. And the potential of such engagement is far from depleted, our new research shows.

For example, while China commands 11% of global merchandise trade, it accounts for only 6% of global trade in services. Moreover, while China’s banking, securities, and bond markets all rank among the world’s top three in size, foreign entities account for less than 6% of their value. And though China has 110 Global Fortune 500 companies, less than one-fifth of their revenue is earned overseas, compared with 44% for S&P 500 firms.

Even before today’s trade tensions, the relationship between China and the world had been changing. China’s relative exposure to the rest of the world — in terms of trade, technology, and capital — peaked in 2007, and has been declining ever since, producing an overall decline from 2000 to 2017. This partly reflects the economy’s growing emphasis on domestic consumption — a trend that accelerated after the global financial crisis sharply reduced foreign demand for China’s exports.

Over the same period, however, the rest of the world’s exposure to China increased, highlighting the country’s growing importance as a market, supplier and provider of capital. This divergence arguably reflects the unbalanced dynamic that is fueling trade tensions with the United States. The sheer scale of China’s impact may also be a factor. Closer economic ties with the world have fueled China’s growth, as the country learned best practices from global players and provided cost-competitive products. But there have been losses, too, notably in the form of manufacturing jobs in both China and advanced economies.

In any case, China and the world face important questions about the trajectory of their mutual engagement. At stake, according to our simulation, may be some $22 trillion to $37 trillion in economic value — or 15% to 26% of global GDP — by 2040. We note that these estimates are the result of a simulation based on a specific set of conditions and assumptions, and they should not be taken as forecasts. For example, for the scenarios, we have made assumptions about how various factors could affect the economy’s total factor productivity. Our analysis is sensitive to the degree of liberalization that would occur in the Chinese services sector, increases in capital productivity as a result of greater financial globalization, and productivity improvements from technology transfer. The simulation focuses on long-term impact. We are not attempting to predict the outcome of current debates on trade and tariffs.

While less predictions than possibilities, our simulation provides insight into the implications of the choices for China and the world in five key areas.

1.Growth as an import destination: China may either pull back from international trade, and the world may fail to reform the multilateral trading system, causing total global trade flows to decline. Conversely, China could push forward, establishing itself as a major destination for exports from emerging and advanced economies. The total value at stake, according to our simulation, is $3 trillion to $6 trillion between now and 2040.

2. Liberalization of services: China may maintain current restrictions on its services sector, which create a productivity gap vis-a-vis the developed economies, or it could roll back these restrictions, attracting more foreign players and thus boosting the sector’s growth and global competitiveness. Here, $3 trillion to $5 trillion could be at stake.

3. Globalization of financial markets: China and the world can integrate their financial markets, thereby broadening investor choice and improving capital allocation, or they can maintain the status quo, risking more volatility and low productivity growth. We estimate that $5 trillion to $8 trillion of value could be at stake.

4. Collaboration on global public goods: Global challenges, such as climate change, and provision of adequate public goods, such as infrastructure, depend on China and the world collaborating. Greater or less collaboration could put about $3 trillion to $6 trillion of value at stake, and potentially much more, as climate change’s impact is likely to be much greater after 2040.

5. Flows of technology and innovation: Increased technology (and knowledge) flows between China and the rest of the world would support the development of globally competitive, productivity-enhancing solutions; decreased flows would undermine global productivity. The world can also decide how to facilitate more or fewer flows of technologies that are increasingly subject to security reviews. According to our simulation, $8 trillion to $12 trillion could be at stake, depending on the extent to which technology flows unleash innovation and productivity growth.

It is important to note that these choices are not just China’s; the world also has decisions to make. For example, by working together to reform the global trading system in ways that strengthen dispute resolution and boost inclusiveness, countries could ensure that the benefits from increased Chinese (and other) trade are shared broadly.

Furthermore, if China moves to globalize its financial sector further, the rest of the world must be open to Chinese investment. And, of course, all countries should play a role in delivering global public goods; on climate change, in particular, they must commit to reaching specific milestones in line with their capabilities and their contributions to the problem. Finally, countries should ensure that their trade and investment policies are conducive to continued transfer of technology and know-how.

There is still much to be gained from China’s continued integration into the global system. The question is whether world leaders will do what it takes to bring about that outcome. All sides should now take a breath and try to figure out where and how to advance further integration, and how to deal with the more complex or contentious aspects of that challenge.