Opinion: Democracy Is the Art of Political Compromise 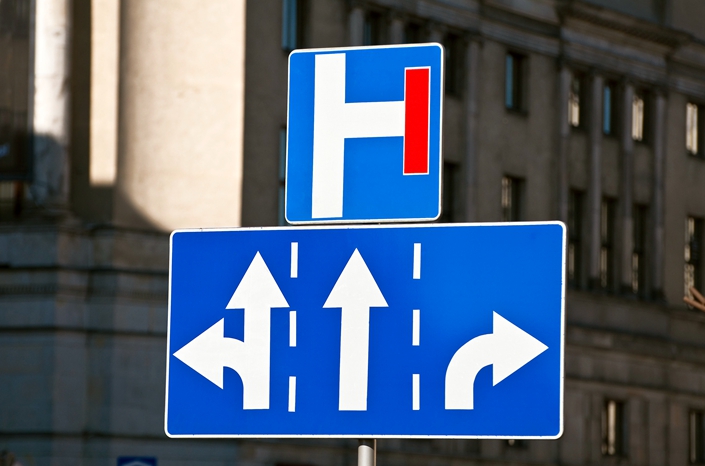 The intellectual and economist Gu Zhun once lamented that the ancient Greek style of direct democracy, with all citizens gathering in the agora to decide all of society’s major matters, was only appropriate for small countries with small populations. So, what is the path that a major power should take? That would be what political scientist Liu Junning has repeatedly described as “indirect democracy,” or what is more widely known as “representative democracy.”

Let me point to American political scientist Judith Best’s interpretation of the U.S. Constitution. This document, the world’s oldest written constitution, created a type of democratic federal republic. As Best put it, “We are not, never have been, and were not intended to be a simple democracy, because a simple democracy is a form of tyranny — a majority tyranny.”

As the economist F. A. Hayek said, the fact that democratic Athens sentenced Socrates to death for his free speech shows that the potential for abuse of direct democracy lies in its requirement that the majority has a “spirit of freedom” beyond democracy and rule of law. Without this spirit, without the adequate values for operating direct democracy, direct democracy will inevitably result in the tyranny of the masses. Of course, Hayek had also critiqued the United States’ representative democracy for many years, and offered suggestions for reform.

There has never been a system in any place that could be called “optimal,” especially among political and economic systems that require coordination and cooperation between people. A good system is one that can continually adapt to the changing nature of the people who use it. A particular system that exists abroad may be “good,” but when it’s brought back to China, it often mutates into a “bad” system that has to be abolished. The reason is that Western systems don’t take into account Chinese people’s distinctive characteristics and essential nature. Local concepts, like the “contract responsibility system” that boosted the production of China’s state-owned companies starting in the 1980s, for instance, are hard to rationally explain in the eyes of western economists, but they are still effective. So, what we advocate is the process of “localizing” rational systems.

In order to allow a large country to achieve the “will of the people” in decision-making, the creators of the U.S. Constitution used a system of allocating representatives to each constituency based on population in the House of Representatives, while allocating the same number of representatives for each state in the Senate. This way, the Carthaginian-style senate dominated by the aristocracy has been changed by ordinary Americans into one of the checks and balances against the “tyranny of the masses.” Because there is freedom of migration between states, “good” state governments have the opportunity to attract more citizens than those states with “bad” governments. If “tyranny of the masses” appears in California, the “oppressed” minority always has the option to move to another state. Of course, if you prefer to live in a place where the government decides all matters, you can also choose not to emigrate.

As the economist Charles Tiebout first described in 1956, under normal equilibrium conditions, government systems will match local people’s “preferences” for what they want from their government, and achieve an “optimal” institutional arrangement. In “Two Treatises of Government,” John Locke described the concept of classical liberalism, that civilized society should protect the life, liberty, and “possession” of each citizen. This was modified by contemporary Republicans in to a definition of individual rights more suited to U.S. circumstances — the right to life, liberty and the pursuit of happiness.

The true meaning of “rule of law” is to strive to protect the “equal liberty” of all citizens — the same right to life, the same right to basic freedom and the same right to pursue happiness. For example, rule of law prevents the “people’s will” from voting to take the only TV set in a village from its owners so that it can be used by the “public.” Rule of law prevents the “red ocean” from destroying the lives of innocent intellectuals who have taken the “path of white experts.” (Editor’s note: this phrase was frequently used during China’s Cultural Revolution to attack experts who prioritized academic achievement.) In order to effectively maintain “equal liberty,” democracy under the rule of law must adopt democratic processes. No one can use the name of the will of the people to destroy previously set democratic processes. Democracy is only a means to achieve “equal liberty.” Without the guarantee of “process,” democracy risks becoming a tool of the power-hungry and fails to protect “equal liberty.”

Beyond procedural democracy, there is the “moral consensus” reached by citizens using the basic rules of social gaming. On the basis of this moral consensus, the people agree on and comply with a shared “constitution.” In order to implement the spirit of the constitution in the thousands of statues of everyday life, citizens or their representatives negotiate a procedure for formulating concrete rules in line with the spirit of the constitution. This is called “procedural justice.” For example, the process of selecting U.S. Supreme Court judges has become very hard to change after it was determined through a consultation between the interest groups participating in the constitution. This nature of this set of procedures makes it impossible for a president to change the “majority” of the court during a term. Actually, as long as one party isn’t in power for more than 18 years, it’s impossible for a party to completely change the political composition of the Supreme Court. The same kind of procedure is used to maintain the political independence of the Federal Reserve Board. These basic procedures must be made difficult to change — for example, by requiring a three-quarters majority for any amendment. Otherwise, there is the possibility of being manipulated by a “simple majority,” making it hard to avoid “tyranny of the majority.”

When power is split between various interlocking checks and balances, social stability increases significantly, and the cost of bargaining between agencies increases significantly. The economist James Buchanan argued that there is an “optimal” level of structural complexity that makes the bargaining cost equal to the benefit from increasing the complexity of the structure. This “balanced” state is what political economists propose as the boundary of “procedural democracy.” Those who participate in democratic politics must understand the meaning of the Chinese expression, “aim at absolute perfection, arrive at supreme goodness.” Infinite haggling over the details of any law will lose the true meaning of democracy as a means to an end. Michael Polanyi has long said that democracy is the art of political compromise.

To take the path of a major power, or that of a small country? That is the “question of the century” faced by the American democratic system.

The author is an academic advisor to Caixin Media, a former professor at the National School of Development of Peking University, and a doctoral supervisor at the School of Economics of Zhejiang University. This article was written in 2000.