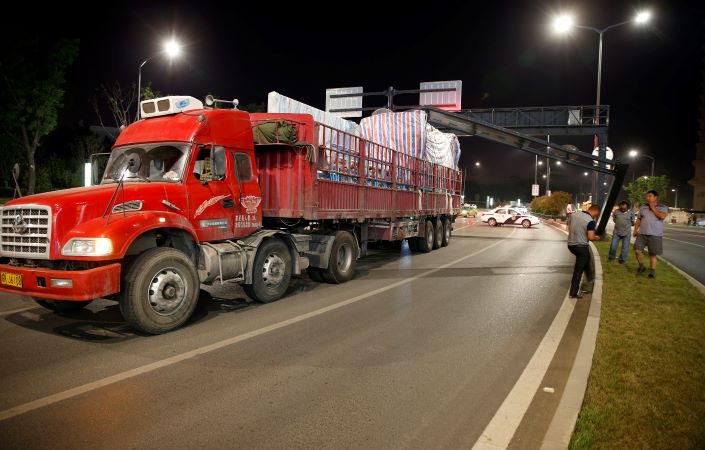 The company, which is backed by SoftBank Group Corp. and Tencent Holdings Ltd., said its improved financial performance dovetailed with its decision not to follow through on a plan to raise as much as $1 billion in a private round, chief financial officer Richard Zhang said during an interview with Bloomberg TV.

“We broke even both in the accounting and cash flow sense,” said Zhang. “I don’t want to commit to a timetable here, but eventually we probably want to go for an IPO.” The company also hasn’t decided whether it will need to do a pre-IPO round, Zhang added.

Despite dominating the truck-sharing sector in China, Full Truck Alliance is now confronted with the same challenges that on-demand businesses worldwide face — proving its business model can lead to sustainable revenue and profit growth.

Much also depends on conditions in the market. Bets on a once red-hot Chinese technology sector are cooling alongside waning economic growth. In July, investments made by venture capital and private equity firms dropped 60% to 407 cases, while the amount plummeted around 78% to 32.8 billion yuan ($4.6 billion), according to research consultant Zero2IPO. Investors in the sector have also been spooked by WeWork’s IPO setback.

Formed by a merger between China’s two largest truck-sharing platforms — Huochebang and Yunmanman— the company has attracted backers including Sequoia and Alphabet Inc.’s CapitalG. It was said to be planning to raise as much as $1 billion at a valuation of about $9 billion, Bloomberg reported late last year. Zhang confirmed the company didn’t complete that round, adding that Full Truck Alliance’s valuation stood at $6.4 billion post-money after it raised funds in April 2018.

By creating a marketplace that connects millions of mostly independent truckers, the company makes money by charging a fee when brokering transactions, and from servicing drivers by selling top-up toll cards and directing them to service stations.

Plus.AI is currently in talks with new investors for funding, Liu said during the interview.