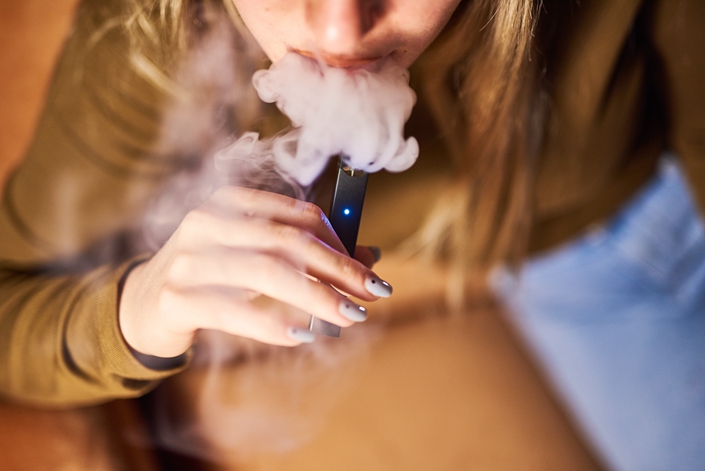 The Juul vaping devices and nicotine pods in a range of flavors, including mint, mango, creme and Virginia tobacco, had been available on Alibaba Group Holding Ltd.’s Tmall and JD.com Inc., two of the largest online shopping sites in the country. They were gone by the end of the week.

Juul wasn’t given an explanation for why its products were pulled, said a person familiar with the matter, who asked not to be identified because they weren’t authorized to discuss it publicly. The company said it wants to make the products available again in the world’s largest tobacco market. “We remain steadfast in our commitment to providing the more than 300 million adult smokers in China with a viable alternative to combustible cigarettes,” Victoria Davis, a spokeswoman for Juul, said in an emailed statement.

International growth is important for Juul, especially as vaping comes under increasing scrutiny in the U.S. after rising teen use and a rash of mysterious illnesses. Juul has touted vaping as an alternative to traditional cigarettes, and Big Tobacco has bought in, with billions of dollars of investment. Altria Group Inc., which sells the Marlboro brand in the U.S., invested about $13 billion in Juul last year.

The Trump administration has pledged to increase its oversight of the industry. In the coming weeks, the Food and Drug Administration is expected to issue guidance about clamping down on sales of almost all flavored vaping products, such as removing all flavored products from the market within 30 days and requiring producers to apply for approval from regulators to resume sales. Altria and Juul have said they agree that urgent action is needed to reduce the adoption of vaping by underage users.

Last year, Juul voluntarily pulled many of its flavors, with the exception of mint, menthol and tobacco, from store shelves in the U.S., following attention from regulators and lawmakers on the company’s marketing tactics. The FDA sent Juul a warning letter this month that said the agency had determined that the company has marketed its products as less risky than cigarettes without gaining the agency’s approval to do so. Juul has said it’s cooperating with the agency.