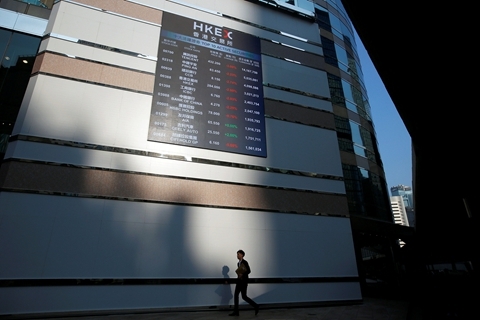 The Fosun-backed group priced its sale of about 64.7 million shares at HK$49.60 each, according to a Hong Kong stock exchange filing Wednesday evening. Henlius had marketed the shares at HK$49.60 to HK$57.80. The company could raise as much as $471 million if an over-allotment option is exercised.

Henlius’s IPO is the first to be completed since Jinshang Bank Co.’s $474 million listing in July, data compiled by Bloomberg show, and is a test of investor sentiment at a time the financial hub is coming under pressures from massive protests that show no sign of abating and a trade war between the U.S. and China.

Hong Kong badly needs IPO volumes to pick up as it’s currently trailing New York, the Nasdaq and Shanghai in overall funds raised, the data show. Companies have raised $10.8 billion via first-time share sales in Hong Kong so far this year, less than half the amount in the same period last year.

Anheuser-Busch InBev NV’s decision to relaunch a $4.8 billion IPO of its Asian unit on Wednesday signals a vote of confidence in Hong Kong as a listing venue and is set to give a much-needed boost to the exchange.

Henlius attracted four cornerstone investors to the offering, including Qatar Investment Authority, which agreed to buy $90 million of shares, according to the prospectus.

The Chinese company recorded a loss of 158 million yuan ($22.3 million) in the first quarter of this year, more than double that of the previous year, the prospectus shows.

Henlius will debut on the Hong Kong stock exchange Sept. 25.