FedEx Pilot Detained in China Over Item in Luggage 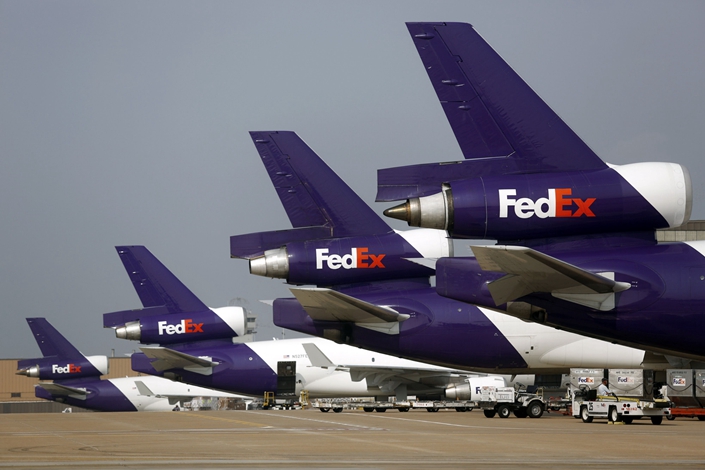 (Bloomberg) — A FedEx Corp. pilot was temporarily detained in southeastern China after authorities found hundreds of air-gun pellets in his luggage prior to boarding a commercial flight to Hong Kong, marking the delivery firm’s latest setback in the country.

The pilot, who was held in the city of Guangzhou, was later released on bail and the company is working with relevant authorities to understand the facts better, U.S.-based FedEx said in an email. Geng Shuang, spokesman at China’s Ministry of Foreign Affairs, said at a briefing Friday that the pilot was detained after being found with 681 air-gun pellets in his luggage.

While FedEx didn’t provide details, a Wall Street Journal report earlier cited people familiar with the matter as saying Chinese authorities have started a criminal probe on the former U.S. Air Force colonel for allegedly carrying ammunition illegally. China notified the U.S. consulate in Guangzhou about the matter and the case is still under investigation, Geng said.

FedEx has been under particular scrutiny in recent months, after Huawei Technologies Co. Ltd. said documents it asked to be shipped from Japan to China were diverted to the U.S. instead without authorization. In another incident, FedEx said it mistakenly rejected a package containing a Huawei phone being sent to the U.S. from the U.K., a claim China rebuffed.

The fracas over the Huawei packages has seen FedEx targeted in Chinese state media, with Beijing considering adding the company to a list of so-called unreliable entities it is drafting, people familiar with the matter told Bloomberg in June.

After the U.S. slapped curbs on Huawei, China’s Commerce Ministry announced the creation of the list in late May to target firms that the government says damage the interests of domestic companies.