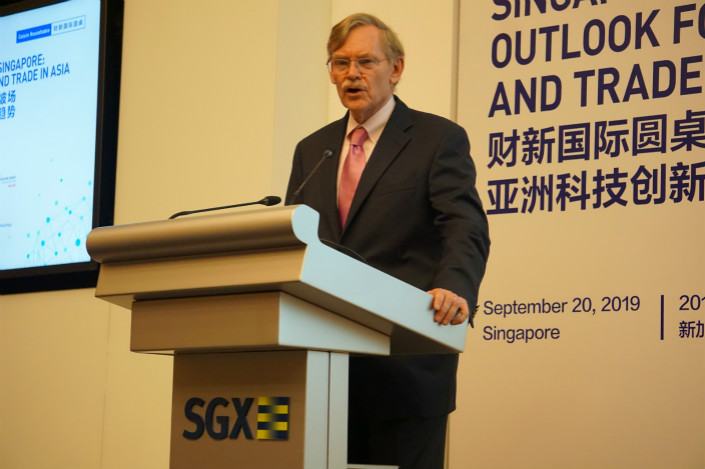 The trade dispute between China and the U.S. will be an ongoing challenge, former World Bank President Robert Zoellick said Friday at a roundtable hosted by Caixin in Singapore.

In the U.S., the debate about confrontation is “starting to turn somewhat toward the question of what will confrontation really accomplish,” said Zoellick, who is also a former U.S. trade representative.

“Given the commonalities in the mutual interest, I think there’s a greater sense of ‘well, is this a one-sided issue?’” he said, adding that the tensions may give rise to a policy movement that combines elements of both competition and cooperation.

Multiple economists from both countries say that the U.S. business community used to be a prime support for relations with China. “A lot of businesses have done quite well in China, but there’s no doubt (that) over the past five or 10 years, the mood became more negative,” Zoellick said.

If disputes over trade and investment, intellectual property protection, and forced technology transfer can be resolved, it will be very important for members of the U.S. business community to speak up and recognize the changes, Zoellick said.

Zoellick also commented on regional development and the anxiety that China’s foreign policy has caused both in the U.S. and globally.