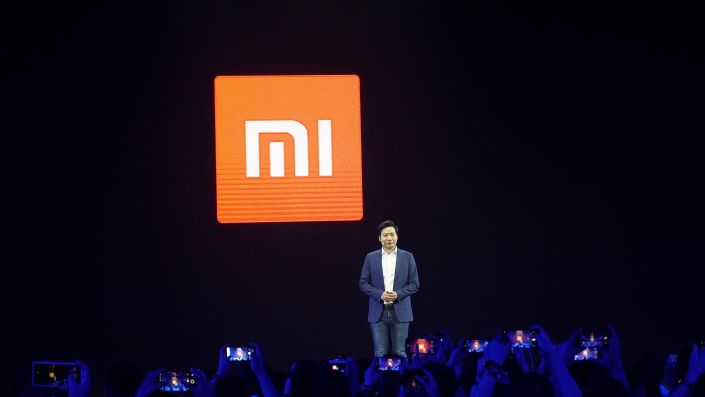 (Bloomberg) — Xiaomi introduced its first phones compatible with the latest, fifth-generation cellular technology in China, as the country’s once-biggest smartphone maker prepares for an uphill battle against domestic rival Huawei.

At an event in Beijing, billionaire co-founder Lei Jun introduced the 5G-capable Mi 9 Pro, the latest of Xiaomi’s classic product line, and gave the world a first look at a new concept phone called MIX Alpha, with a display wrapping all the way around the device.

The Mi 9 Pro, built with the Qualcomm Snapdragon 855+ processor and a gluttonous serving of memory and storage, has seven antennas to ensure the fastest possible cellular speeds, with Lei showing off real-world speeds in China of over 2 gigabits per second. It will start at 3,699 yuan ($520), while a 4,299 yuan model will max out the storage at 512GB.

The long-awaited phone upgrade cycle that 5G networking is set to trigger will be hotly contested ground among China’s leading smartphone vendors. Xiaomi is launching its first two fifth-generation devices in the country just in time for the holiday shopping season, seizing on the seasonal bump in demand with the cachet of having the latest and greatest connectivity.

“We are still ranked No. 4 globally, according to IDC, but if you look closer, we can squeeze into the top three with some hard work,” Lei said on stage in front of a slide that showed Samsung Electronics Co., Huawei and Apple Inc. ahead of his company. “The road to global No. 3 is not far away now.”

The MIX Alpha concept device has a double-folded screen that wraps like a sheet of paper around the phone — Lei noted that the device has the equivalent of a 180% screen-to-body ratio, meaning it’s got 80% more display than its physical footprint. In place of speakers, the device’s screen vibrates to generate sound, while the camera system is built into a black strip on the nominal back of the device. Though called a concept, this phone will be on sale for 19,999 yuan (roughly $2,800), with Xiaomi aiming to sell it by year’s end, depending on production progress.

In recent times, Xiaomi has fallen out of the leading echelon in the Chinese market, where Huawei, Vivo and Oppo accounted for over 70% of all shipments in the June quarter, according to research firm IDC. The Beijing-based company is now trying to hold its No. 4 position in China against Apple, which started to sell its marquee iPhone 11 series this past weekend.